A special plaque was unveiled today in the city centre in honour of Sergeant Major John Crawshaw Raynes who earned a Victoria Cross for his bravery and devotion to duty in World War 1 on 11-12 October 1915.

The plaque was provided by the Government to commemorate the Victoria Crosses awarded during World War 1 and installed to mark the 100th anniversary since they were awarded.

Sheffield’s Lord Mayor, Cllr Talib Hussain said: “It was incredibly moving to read about the heroism of this Sheffield man, who risked his life for others in circumstances that very few of us will ever have to endure. It is fitting that we honour this very brave man in such a way" 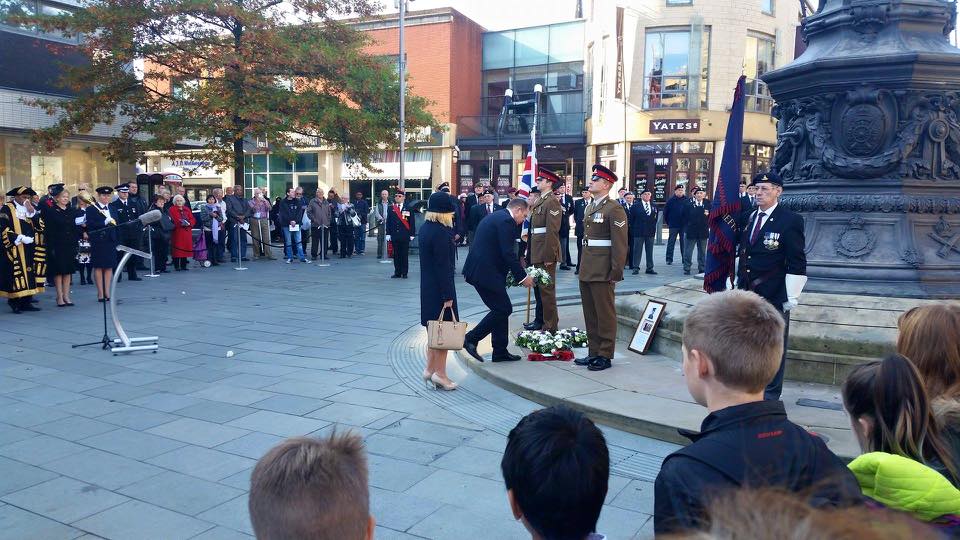 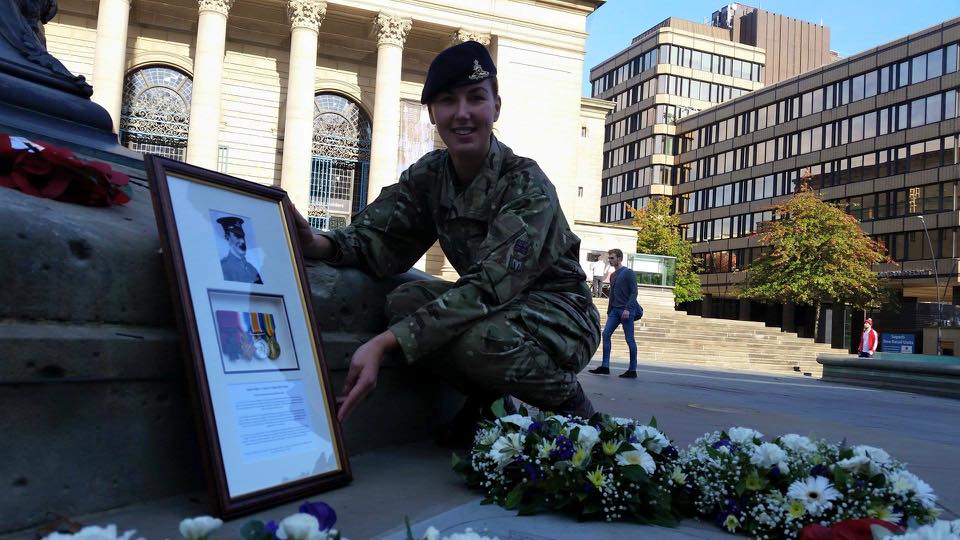 For the award of the Victoria Cross.

For most conspicuous bravery and devotion to duty. On 11th October 1915, at Fosse de Bethune, his battery was being heavily bombarded by armour-piercing and gas shells. On Cease fire being ordered Sergeant Raynes went out under an intense shell fire to assist Sergeant Ayres, who was lying wounded forty yards away. He bandaged him, and returned to his gun when it was again ordered into action.

A few minutes later Cease fire was again ordered owing to the intensity of the enemies fire, and Sergeant Raynes, calling on two gunners to help him both of whom were killed shortly afterwards went out and carried Sergeant Ayres into a dug-out. A gas shell burst at the mouth of the dug-out, and Sergeant Raynes once more ran across the open, fetched his own smoke helmet, put it on Sergeant Ayres and then, himself badly gassed, staggered back to serve his gun.

On 12th October 1915 at Quality Street, a house was knocked down by a heavy shell, four men being buried in the house and four in the cellar. The first man rescued was Sergeant Raynes, wounded in the head and leg, but he insisted on remaining under heavy shell fire to assist in the rescue of all the other men. Then, after having his wounds dressed, he reported himself immediately for duty with his battery, which was again being heavily shelled.

John Raynes was invested with his Victoria Cross by King George V at Buckingham Palace on the 4th December 1915.

Very well done to all involved in a most memorable, fitting and worthy occasion to mark the bravery of Sergeant Major John Crawshaw Raynes Victoria Cross 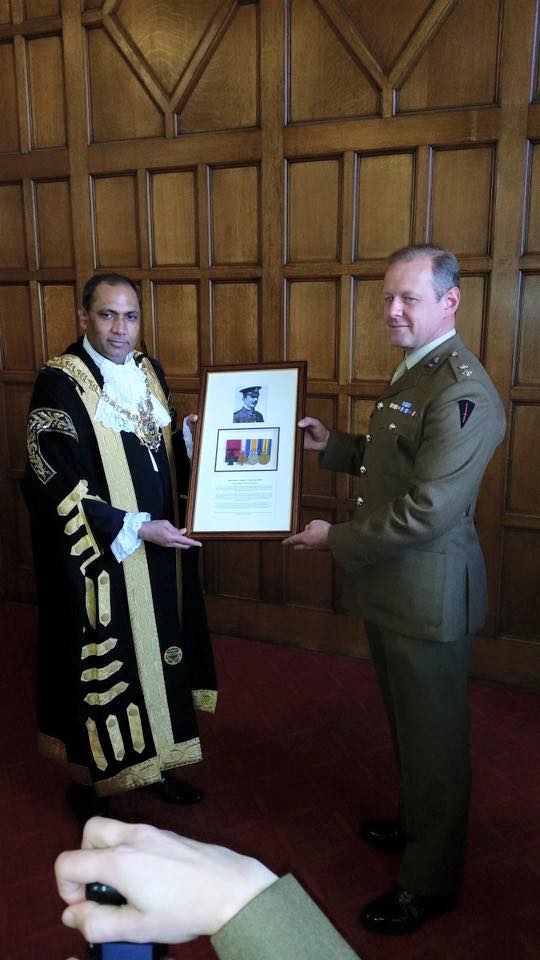 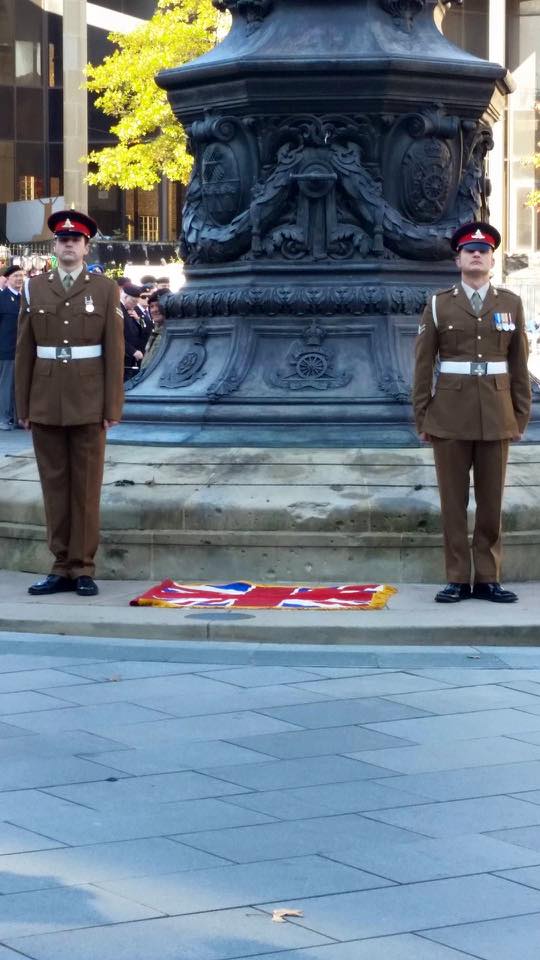