With the focus on International Women's Day 2019, celebrating women's achievements, we wanted to highlight the success of female Gunners who have recently taken part in the Ice Maiden expedition.

Following in the footsteps of Felicity Aston’s record-breaking solo Antarctic crossing in 2012, the Ice Maiden expedition was the ultimate challenge - to ski coast to coast across Antarctica. A British team including three Gunners has realised their dreams and achieved this – enduring 62 days on the ice, travelling up to 43km a day, battling temperatures as low as -56C and navigating crevasse fields while pulling sledges weighing up to 80kg.

The aims of the Ice Maiden expedition were: to inspire women to seek out and embrace challenges and to achieve goals they never thought were possible; to empower and promote female leadership, teamwork and an active lifestyle to organisations, schools and youth groups throughout the UK; and to research and conduct pioneering medical research into how the female body copes with extreme endurance in polar environments.

The mission was the brainchild of Major Nics Wetherill and her colleague Major Nat Taylor, both doctors in the medical corps, in a bid to inspire women of all ages and abilities. The only conditions for applicants were that they were serving in the Army, Regular or Reserve, and female. Gunners that took part were Capt Jenni Stephenson, now serving at 29 Commando Regiment Royal Artillery as an FST Commander, Capt Zanna Baker, a cultural specialist at DCSU and LSgt Sophie Montagne, a section commander in the Honourable Artillery Company Army Reserves Regiment.

They joined an all-women team of six soldiers selected from 250 applicants who were pushed to the limit in training and selection in freezing conditions in Norway undertaking the Army’s Winer Survival Skills Course.

“I always knew I wanted the team to be all women. Expedition Ice Maiden is the ultimate opportunity to show that women have the mental strength and physical endurance to operate in the most hostile environment on earth.”

No team of women, from any nation, had completed this formidable challenge using muscle power alone before. Unsupported, and with only two resupply points along the route, the Ice Maiden team carried all the supplies and equipment needed to survive for up to 600km at a time.

“Being a part of Ice Maiden has been completely life changing. I have much more confidence in myself and redefined what I thought I was capable of. I think I certainly developed a mental robustness that became quite useful on the Commando course. I’ve also made a group of friends that I’ve shared a really unique experience with. I feel very fortunate to have been able to do something as special as skiing across Antarctica so early on in my career.”

“I applied to the RA Charitable Fund and received some financial aid for the Ice Maiden expedition as we had to give a personal donation towards the training and kit costs. The support was extremely helpful. I really wanted to take part as I think it’s important to challenge and inspire women and young girls to take that step out of their comfort zone – although those challenges don’t have to be arctic or as large-scale!”

The International Women's Day 2019 campaign theme of #BalanceforBetter is a call-to-action for driving gender balance across the world. Jenni adds: 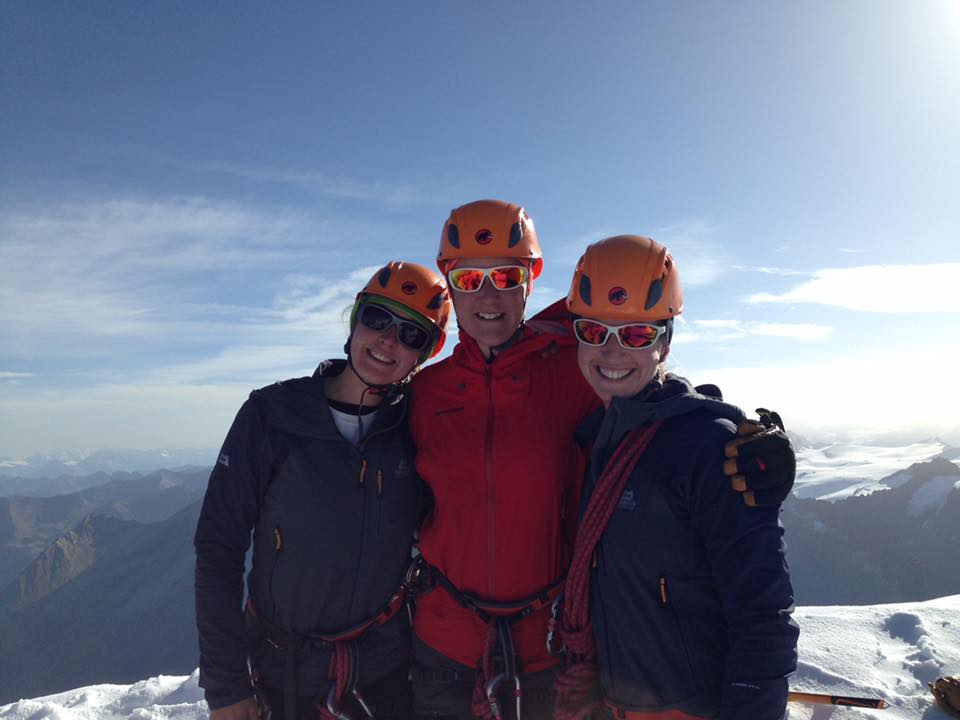 “I had no idea that the expedition would have such an impact. It wasn’t until we were actually on route that we became aware of all the comments of support that we were getting. And we were receiving feedback from both women and men. It’s great to feel our achievement was celebrated by both sexes, particularly in light of this year’s International Women’s Day theme!”

You can find out more about the Ice Maiden Expedition here