Would you 'Take the Plunge'? Well that is what 14 Regt RA decided to do with a little help from the voting public!

It was fair to say that when Sgt Cavender came into my office and mentioned the ‘The Plunge’ I was excited at this novel fundraising event but also sceptical that anyone would put themselves forward to ‘Plunge’ out of a plane at 10,000ft. 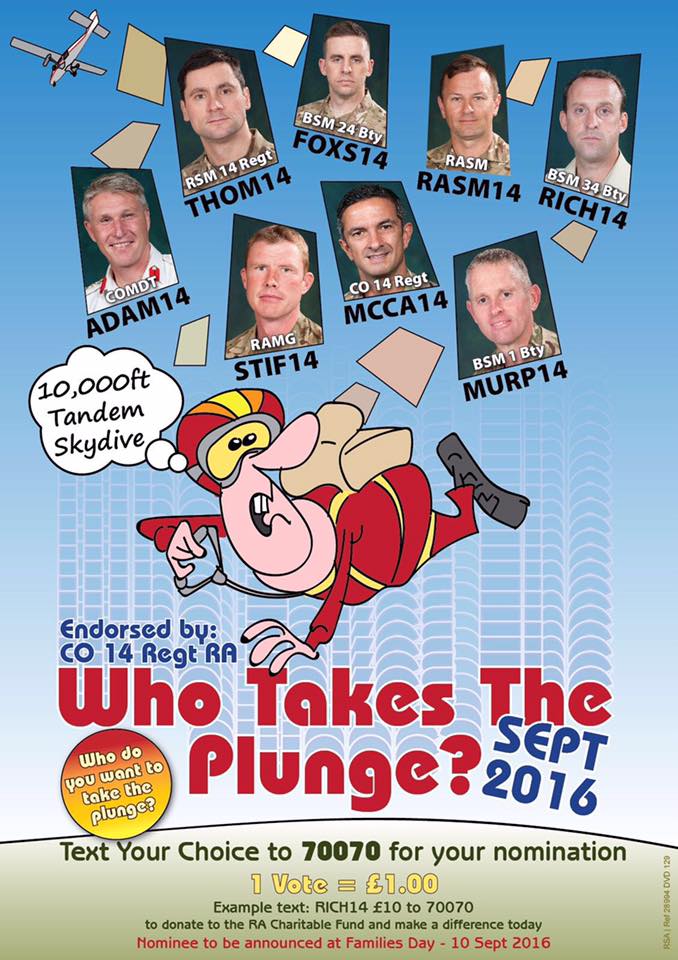 Imagine my surprise when we were given the final list, which included the Commandant Col Adams and the RASM (WO1) D Heath.  Also on the list were the CO & RSM of 14 Regt RA and their BSMs.  My money was on the Comdt to win - hands down!

It did seem at one point that RSM Thompson, 14 Regt RA was going to be the clear winner with his CO quoted as saying ‘Is it fair to inform people that THOM14 is really scared of heights...?! ‘ 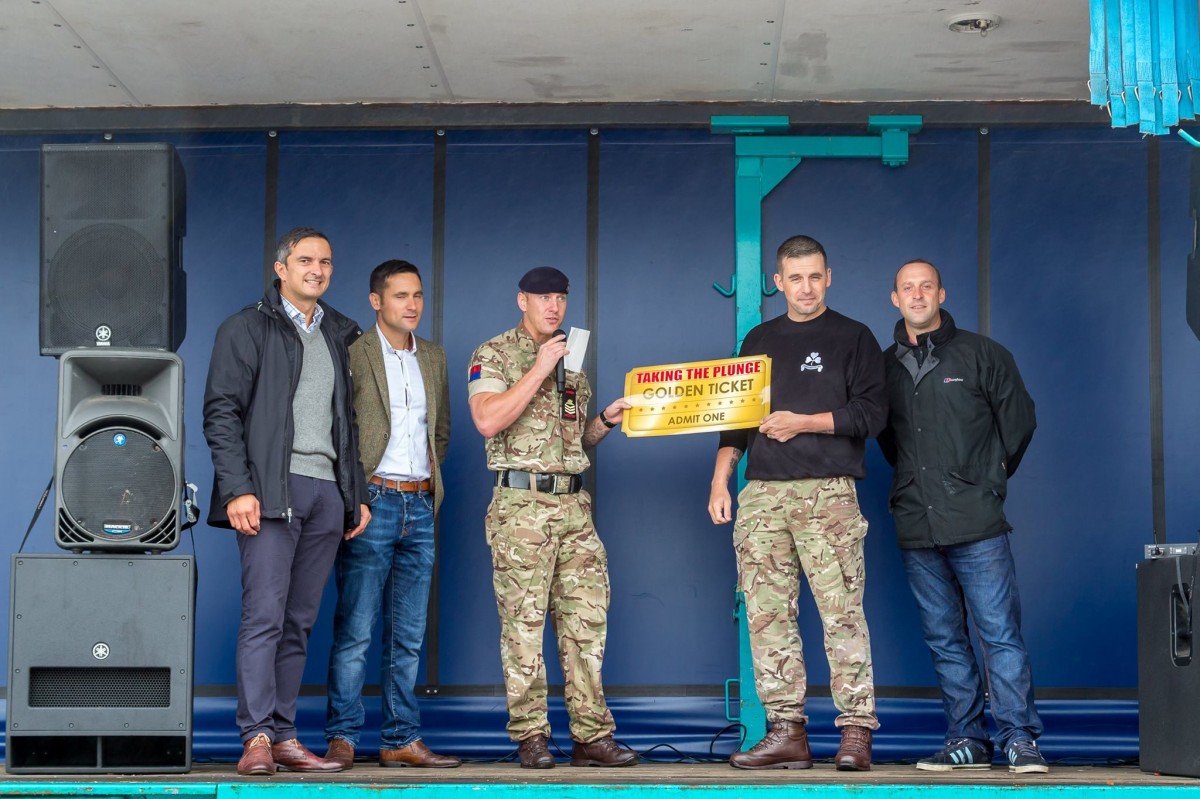 After the summer break the fundraising was very diffrent and it would seem that BSM Fox, with his families help, was running away with the voting and barring a miracle was going to be falling 10,000ft for the RACF!    This was confirmed at 14 Regt Families day where BSM Fox was presented with the ‘Golden Ticket’.

So after all the planning and fundraising it all came down to Saturday 8th October on a cloudy morning at Netheravon Airfield where we were joined by the very able and impressive Royal Artillery Parachute Team.

BSM Fox had already been put through his paces by Major Pete Alexander RA and all that we were waiting for was the weather to clear so that ‘The Plunge’ could finally take place.

Unfortunately, we were in for a long wait and with the weather coming in and out it wasnt until after 3pm that BSM Fox finally ‘Plunged’ to earth for the RACF!

We would like to congratulate the BSM on this outstanding achievement and also Sgt Cavender for organising such an exciting event.

Obviously, all of this couldn’t have happened without the RA Parachuting Team and we would like to thank Pete and his colleagues, Maj Iain Rutherford RA, Maj Lucy Mason RA and Lt Tom Lawson RA for looking after BSM Fox and especially Major Alexander for hanging onto the BSM during the free fall!

For more photos of the day see our gallery