On the 26th November the Canterbury Branch of The Royal Artillery Association held a surprise 100th birthday party for their President, Captain Leslie Gosling.

Leslie had a very distinguished career during WW2, seeing action at El Alemain with J Bty 3 RHA in Italy and Normandy. He was awarded the Legion d'Honeur at a Ceremony at the French Embassy on the 11th November. Canterbury branch are very proud and honoured to have such a remarkable man as their President. 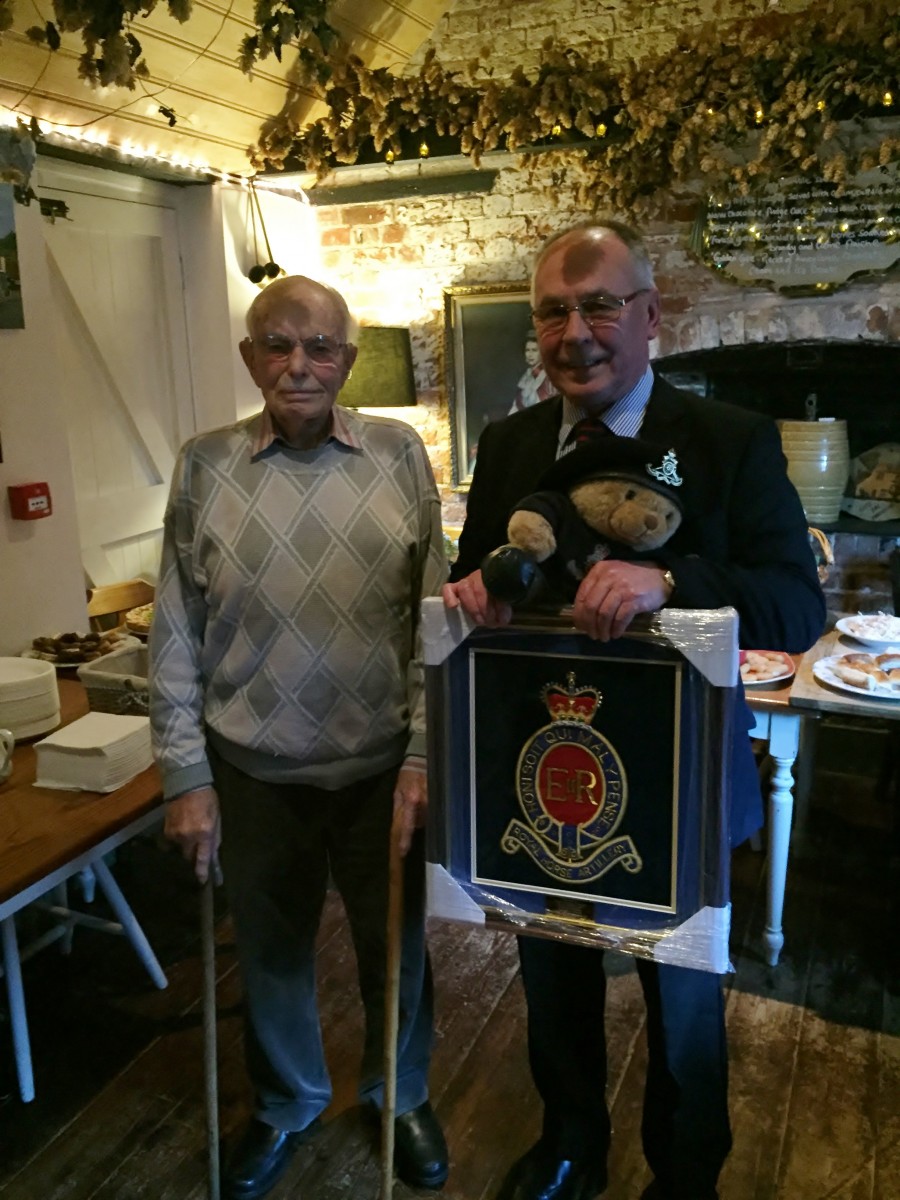 The branch presented Leslie with a framed embroidered badge of 3 RHA. 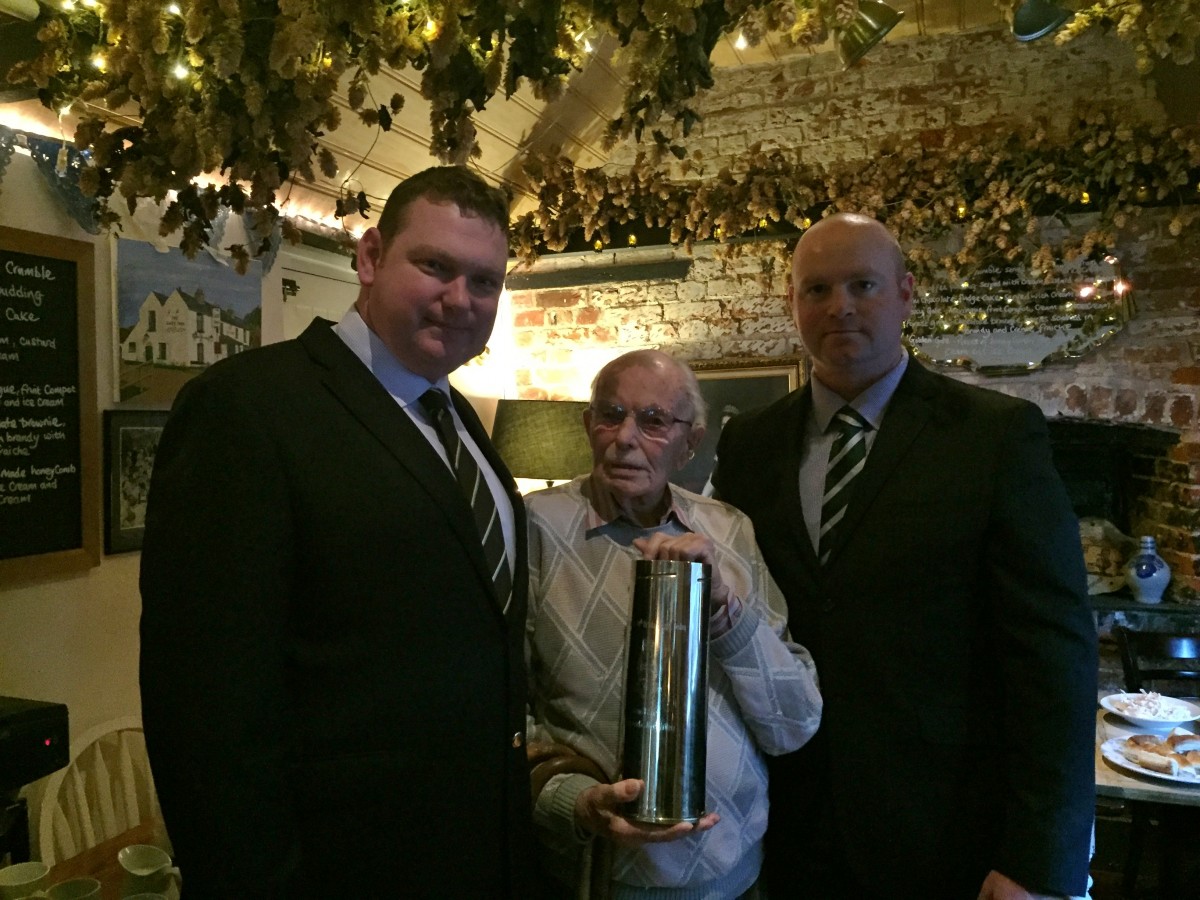 Leslie with an engraved shell case from one of the last rounds fired in Hohne and a framed plaque. 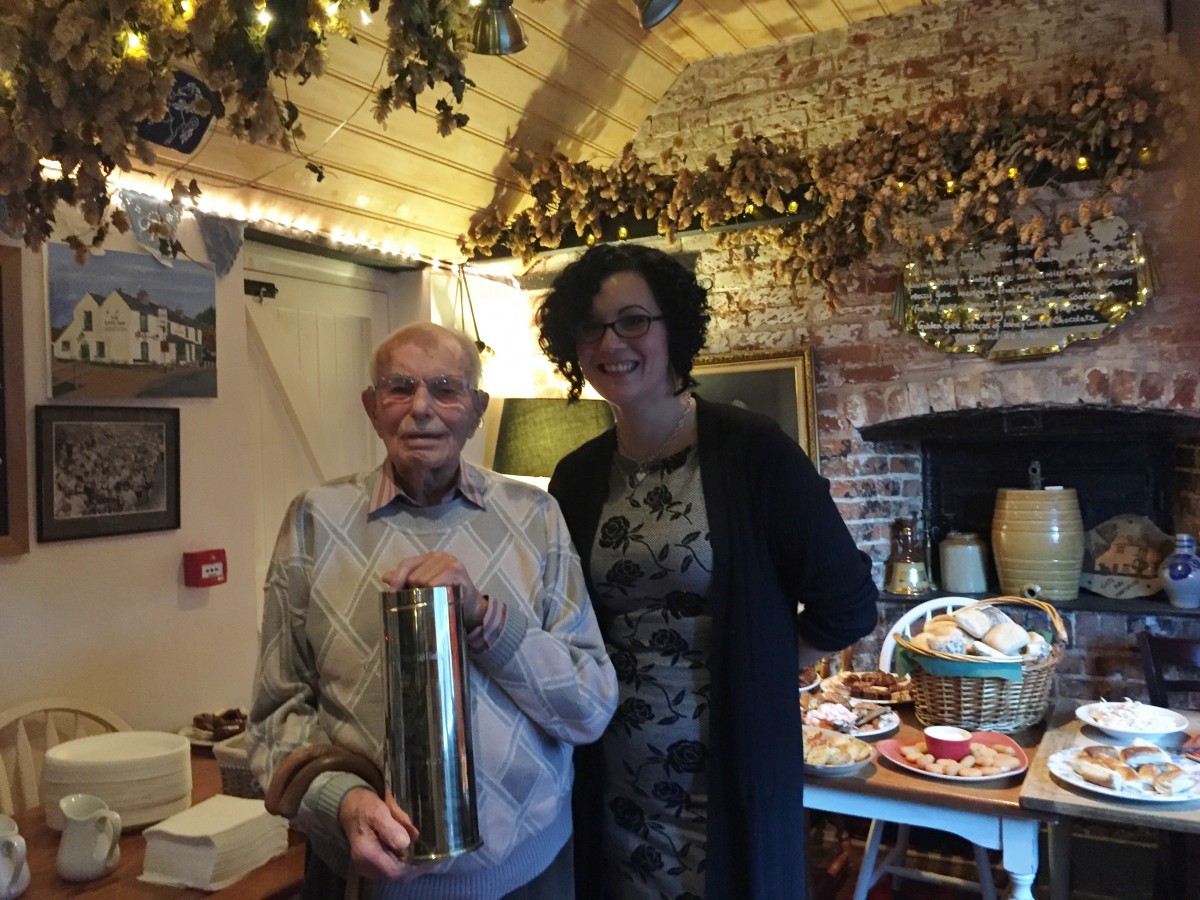 Captain Leon Young from 32 Regt RA and Sarah Davies from the Association presented Leslie with a plaque on behalf of RHQ RA.

It was a memorable day for all. We look forward to 2016 and to welcome Leslie and his wife Joan back to the Branch where we will celebrate their 73rd Wedding Anniversary and Leslies 101st birthday.