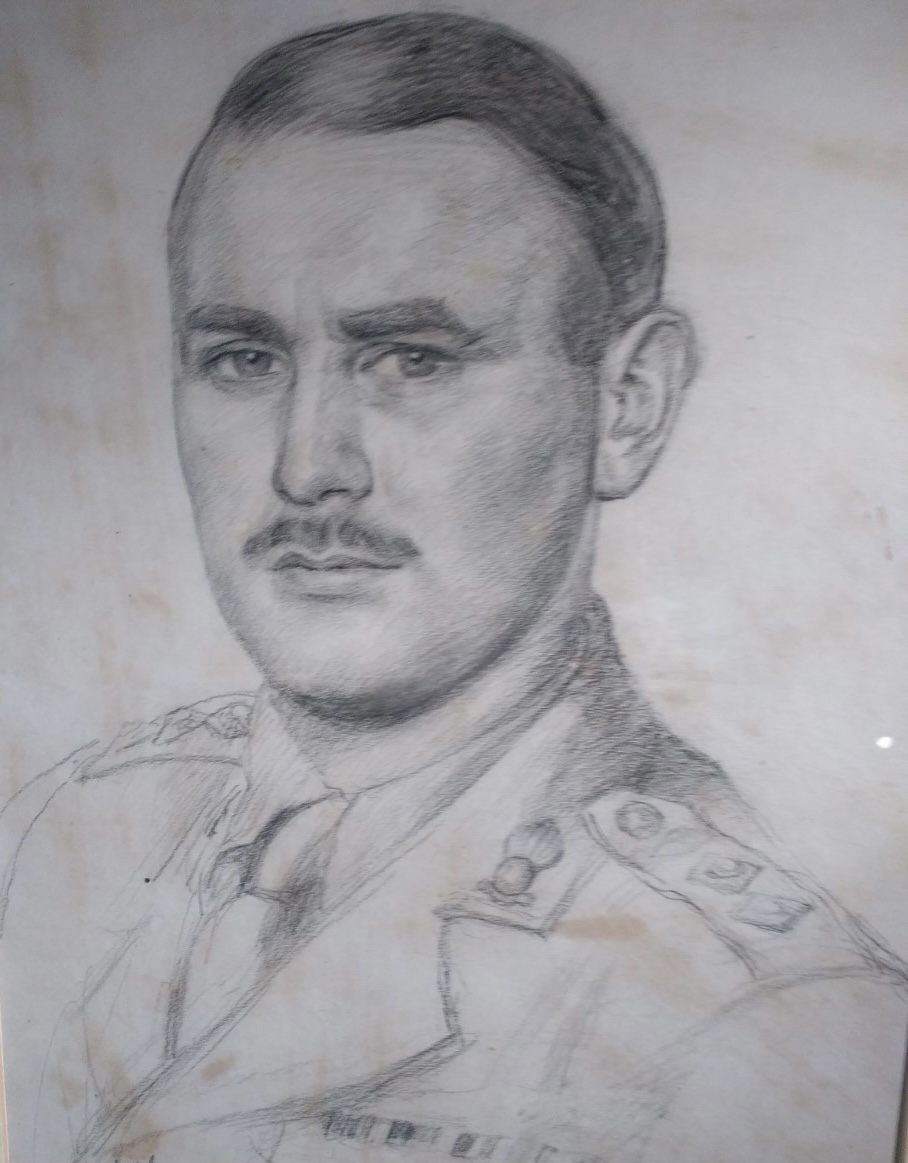 In this special episode, the Antiques Roadshow reflect on the aftermath of the Second World War, Fiona Bruce and the team hear moving stories about the impact of the conflict and the desire to rebuild and reconcile after years of suffering. Filmed at Coventry Cathedral, the only English Cathedral lost to enemy action during the war, the episode explores how this ruin became a symbol of hope and reconciliation.

The programme will include an interview with Clyde Aylin, son of Captain C V Aylin RA and his part in the liberation of Belsen Concentration Camp.

Captain Aylin was commissioned at Llandudno in 1940 and after coastal defence was posted as the first ALO at RAF Tangmere and flew ops in Bostons and Mitchel aircraft across Germany.  As a fluent German linguist, he supported the Rhine Crossing with the 21st Army.  He was tasked with setting up a Displaced Persons Camp moving into an abandoned WW1 wooden camp with the help of a Polish Doctor, a Priest and a Jewish interpreter who had survived both Auschwitz and Belsen.  Here he set up a medical centre, a chapel, dormitories, a ‘swap’ shop and classrooms for children.

When the War ended Captain Aylin who had not seen his family for over three years decided to stay in Germany to carry out his duties, he had been tasked to do by Lt Gen Sir BG Horrocks, KCB, KBE DSO, MC.   He continued in the post until he handed over the Camp to refugee agencies and was then demobbed.

In 1946, Captain Aylin was appointed Head of Repatriation and Resettlement in the post war Control Commission in Kiel.  As a talented artist and outstanding draughtsman, his son Clyde presented his memoirs to the Royal Artillery Museum.

In my correspondence with Clyde he said, “My Father fed the starving, created shelter for the homeless and tended the sick and dying.  He gave hope for a better life to many thousands of destitute people”.

“It would be marvellous if a relative of another Gunner who had served in the South Coast Defence in 1942/43, especially anyone who served at Nodes Fort on the Isle of Wight could get in touch with me."

Captain C V Aylin RA is photographed below in Llandudno Dec 1941 (back row, 5th from left) and above a hand drawn portrait in the Displaced Persons Camp.  The typed page is the list of names in the Royal Artillery who served at Nodes Fort, Isle of Wight in 1942. 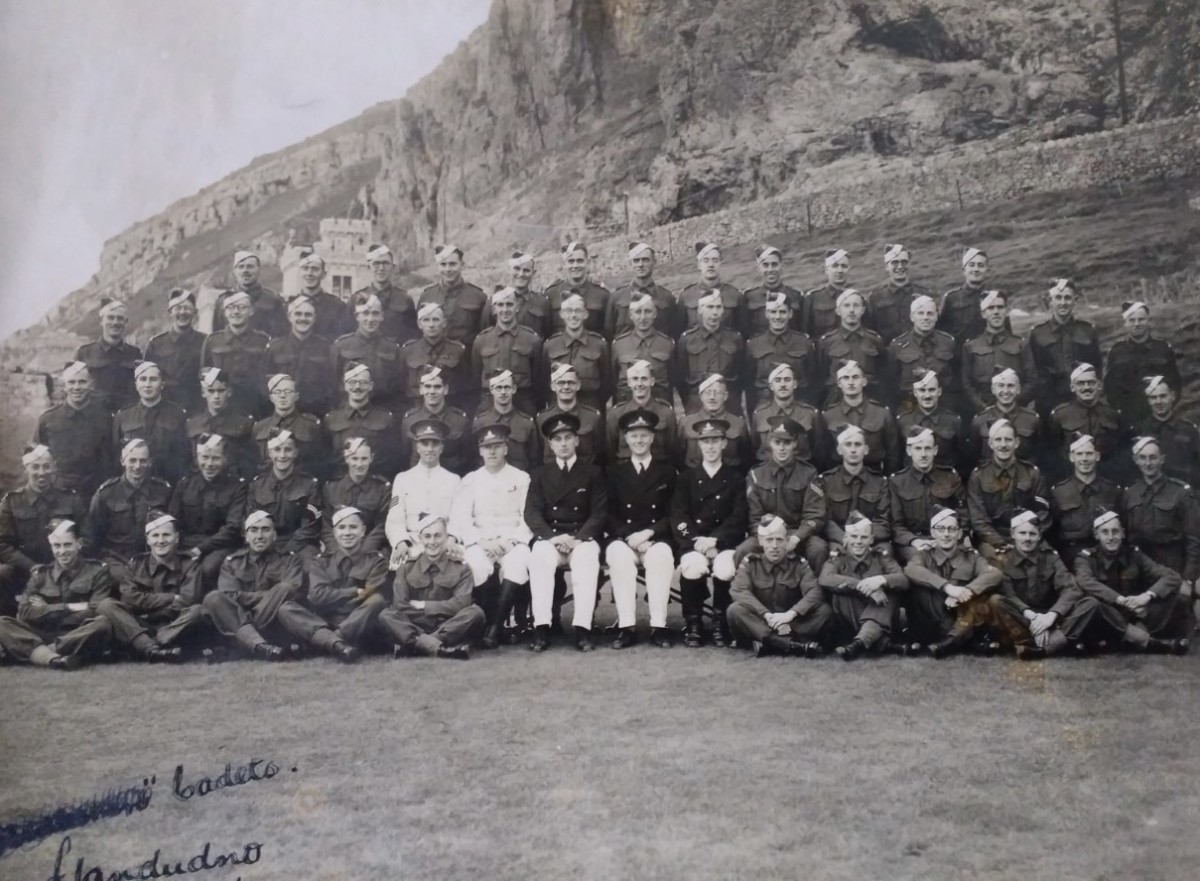 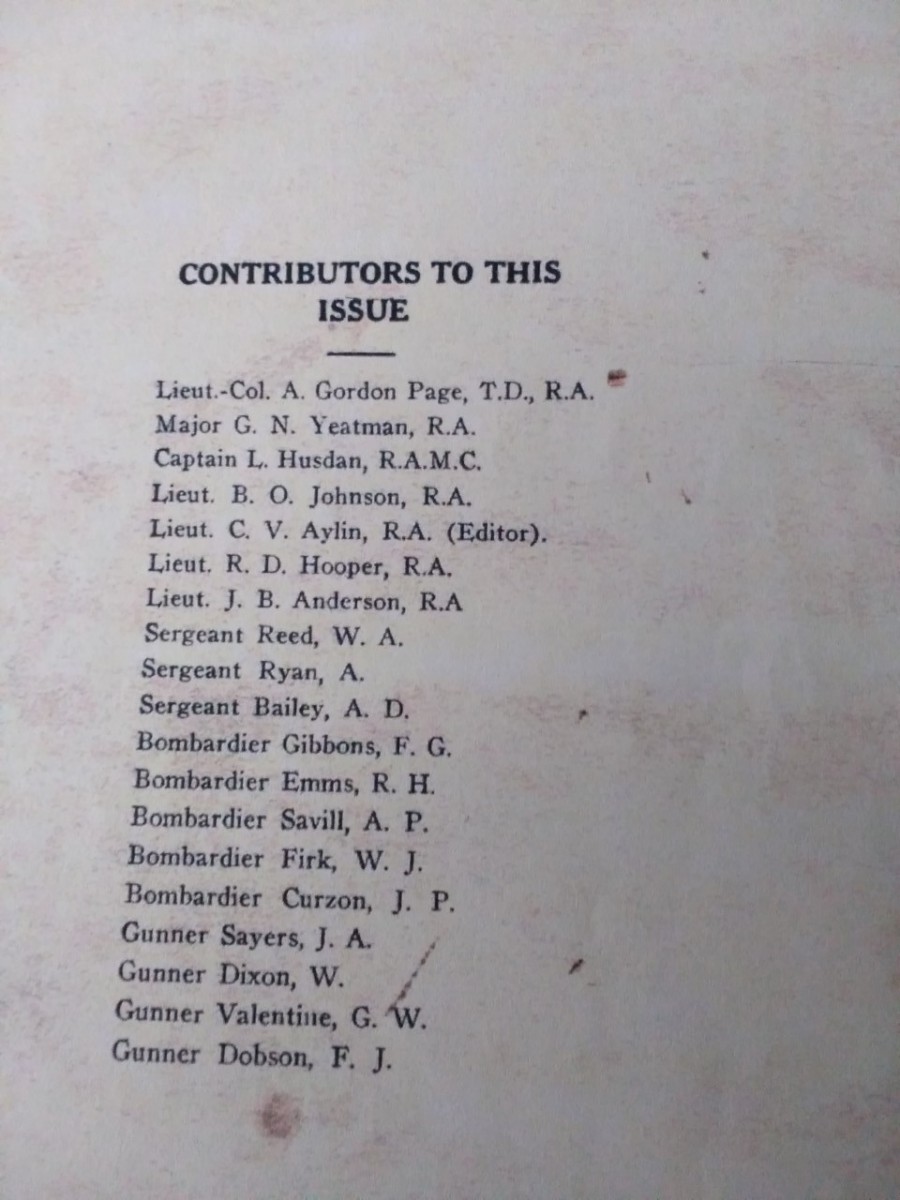