The President John Marshall, Chairman Michael Backhouse and Secretary Peter Grice of the Lincoln & District paid a visit to a retired Gunner, Sgt Tom Wain who with his wife resides in a home in Gainsborough, Lincolnshire. 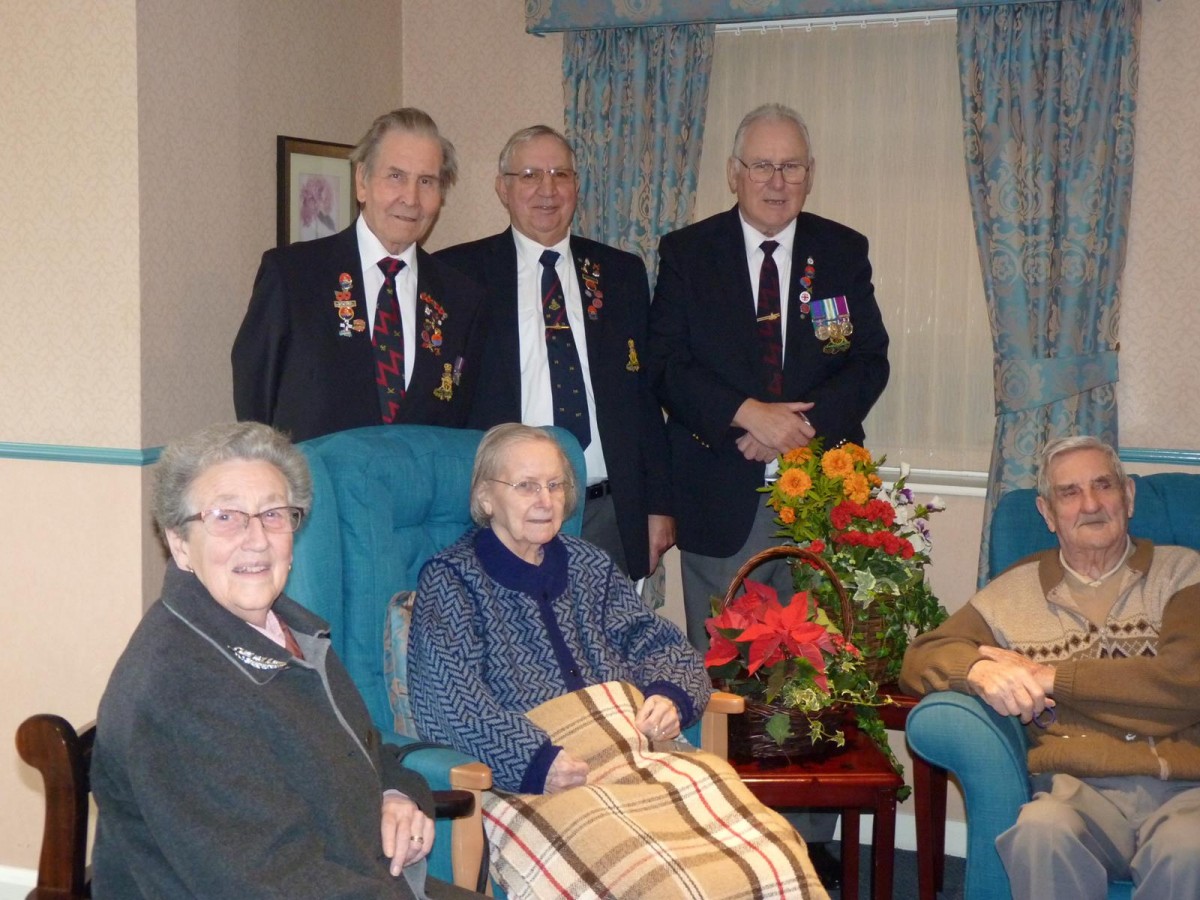 Tom is 90 years of age and joined the Royal Artillery in 1944 joining 14 Regiment RA.  Tom then went on to serve in India and Korea on the 25 pounders. Tom remembers how deep and cold the snow was in his days in Korea. Tom and his wife Marianne have been married for 47 years. 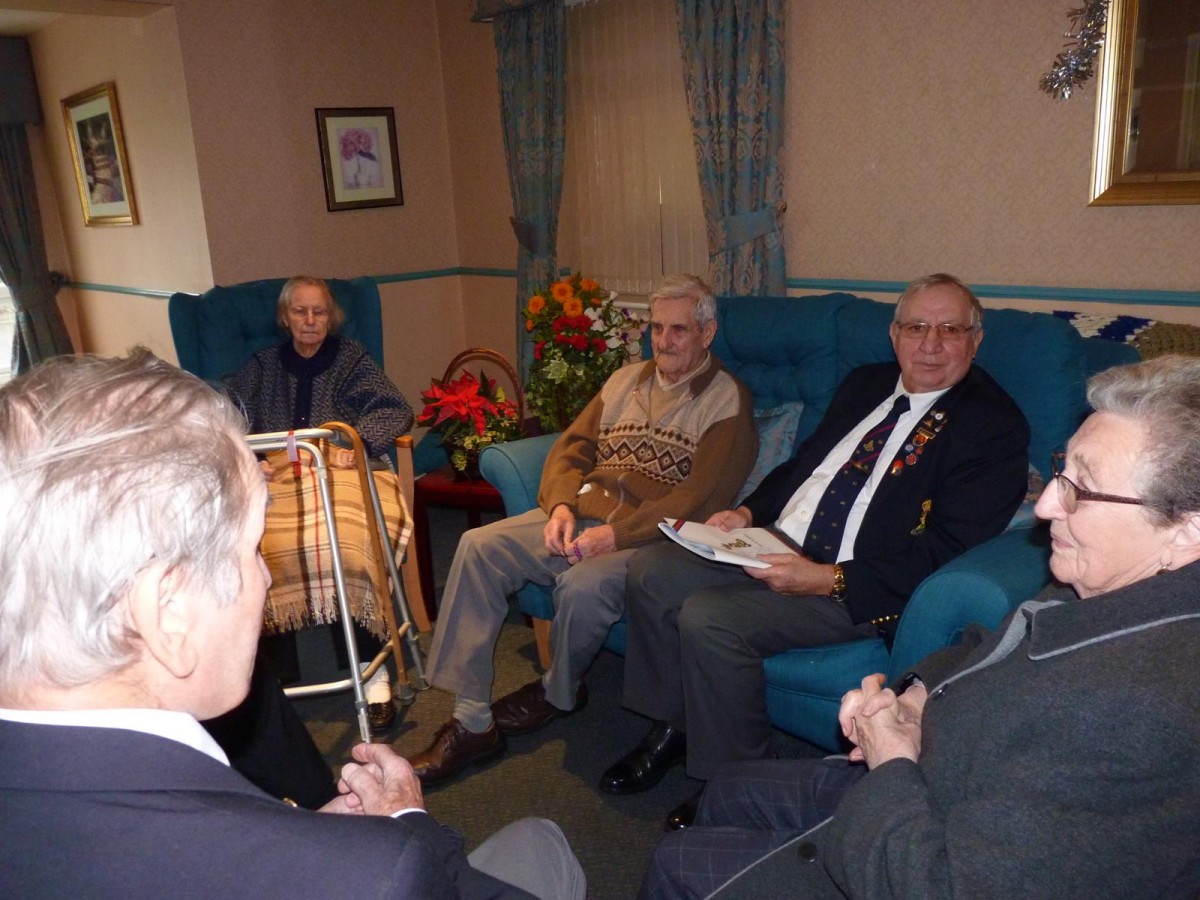 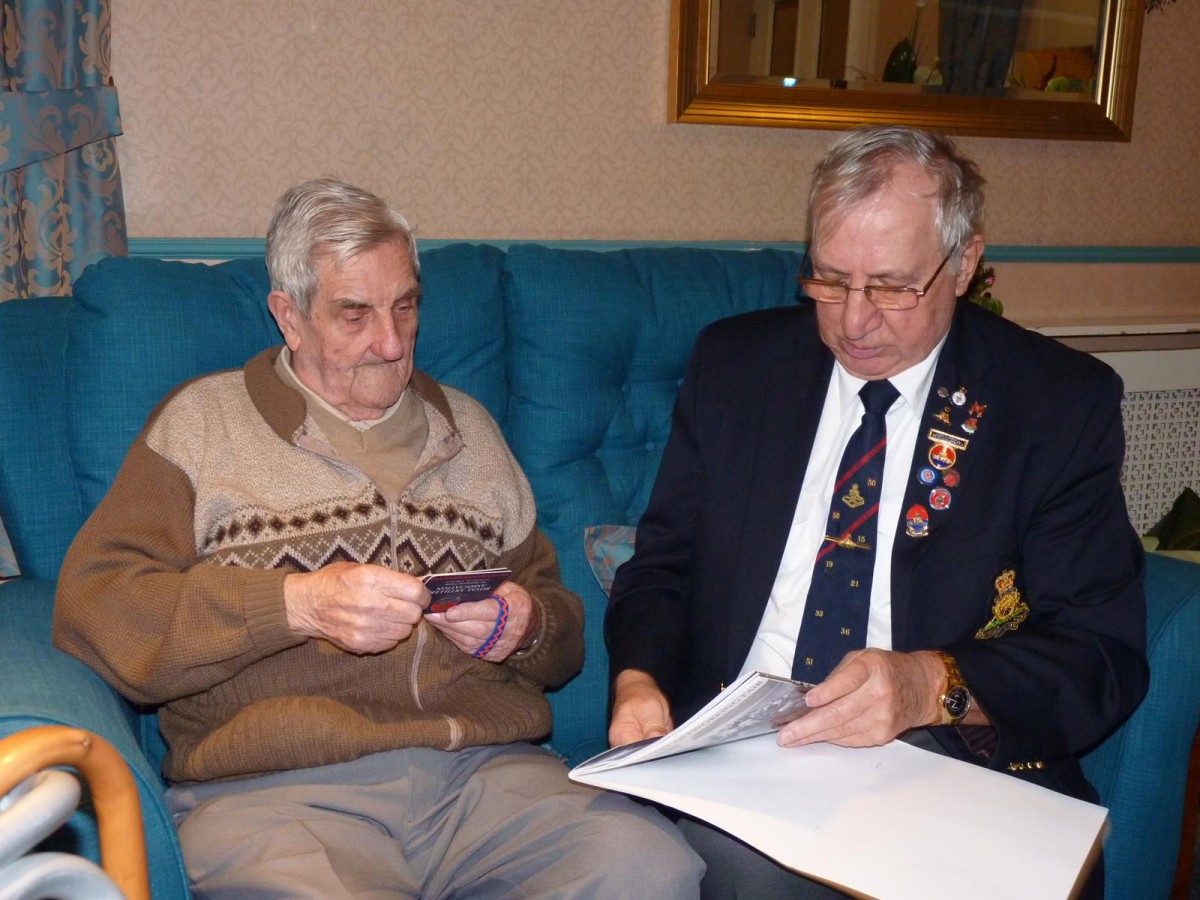 The Branch met two other Gunners while they were there.  They recognised the Blazers and ties and introduced themselves as Donald Andrews, Don served in 37 Regiment and is now aged 95 yrs.  Keith Panter also introduced himself as ex  47 Regiment .