42 (ALEM HAMZA) Air Defence Support Battery Royal Artillery was established as part of A2020 directing the co-location of Air Defence Artillery Regiments to form the A2020 GBAD structure, conjoined through the establishment of an AD Sp Bty, including a Support Workshop and Stores Troop at Thorney Island.  42 AD Sp Bty RA was established OPCOM Jt GBAD HQ on 1 Aug 14.  Collectively the Unit had a strength of 181, compromising of numerous cap badges (RA, REME, RLC, AGC (SPS), RAMC, RAChD, RADC), with a clear bias towards the REME (69%).

The Units overarching mission was to: ‘Deliver an administrative and logistical hub for all station matters on Thorney Island in order to support Jt GBAD units.’ 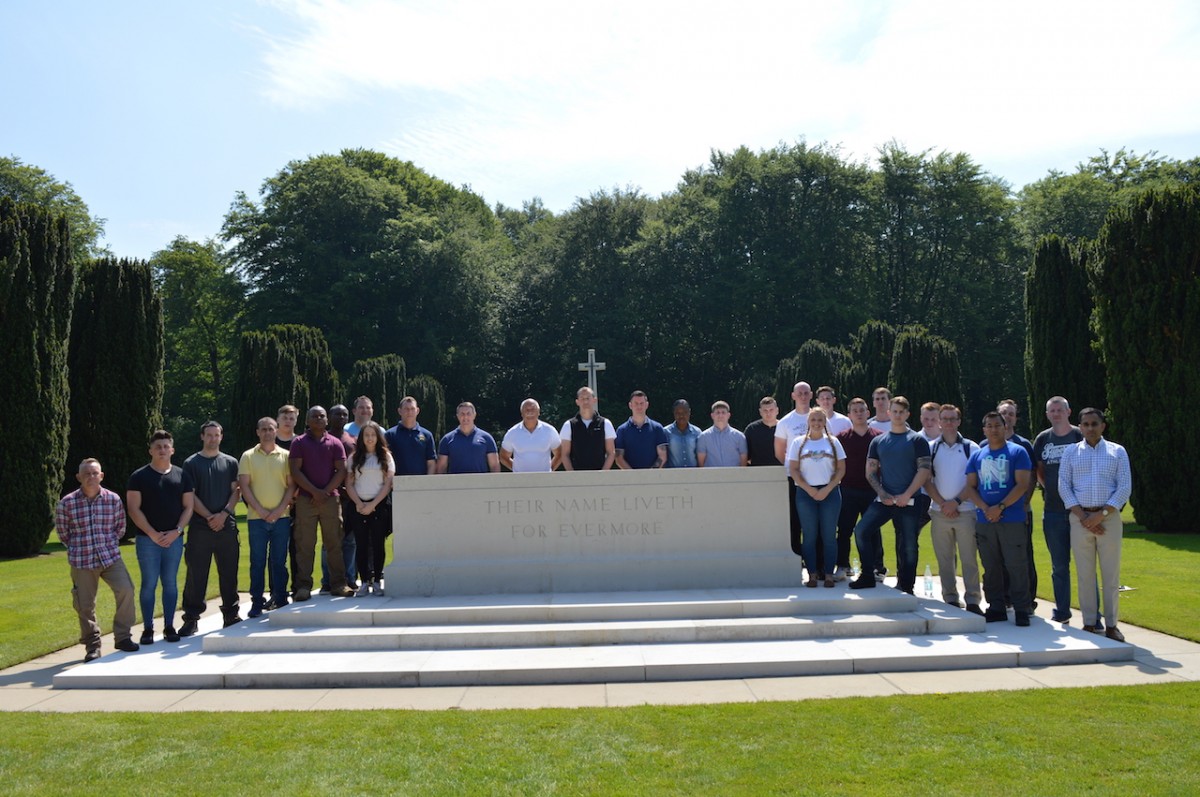 Battlefield Study to the Rhine to study Operation PLUNDER

In effect the Unit was to deliver a ‘central spine’ that manages the firm base J1-J8 functions, whilst providing FGen ES and ES spares to support to the GBAD Falklands Garrison commitment, OP CABRIT and the Army’s Operational Readiness commitments of 12 and 16 Regts.

A2020 Refine now reverses the conjoined structure as there is now a requirement to war fight at Divisional level and12 and 16 Regts are required to have their own independent and deployable echelons.  42 AD Sp Bty RA will therefore decentralise AD Sp functions to 12 and 16 Regt HQ Btys and Wksp in the transition period Sep 17 – Oct 18 (IOC) with the majority of support functions having split by 2 Jul 18. 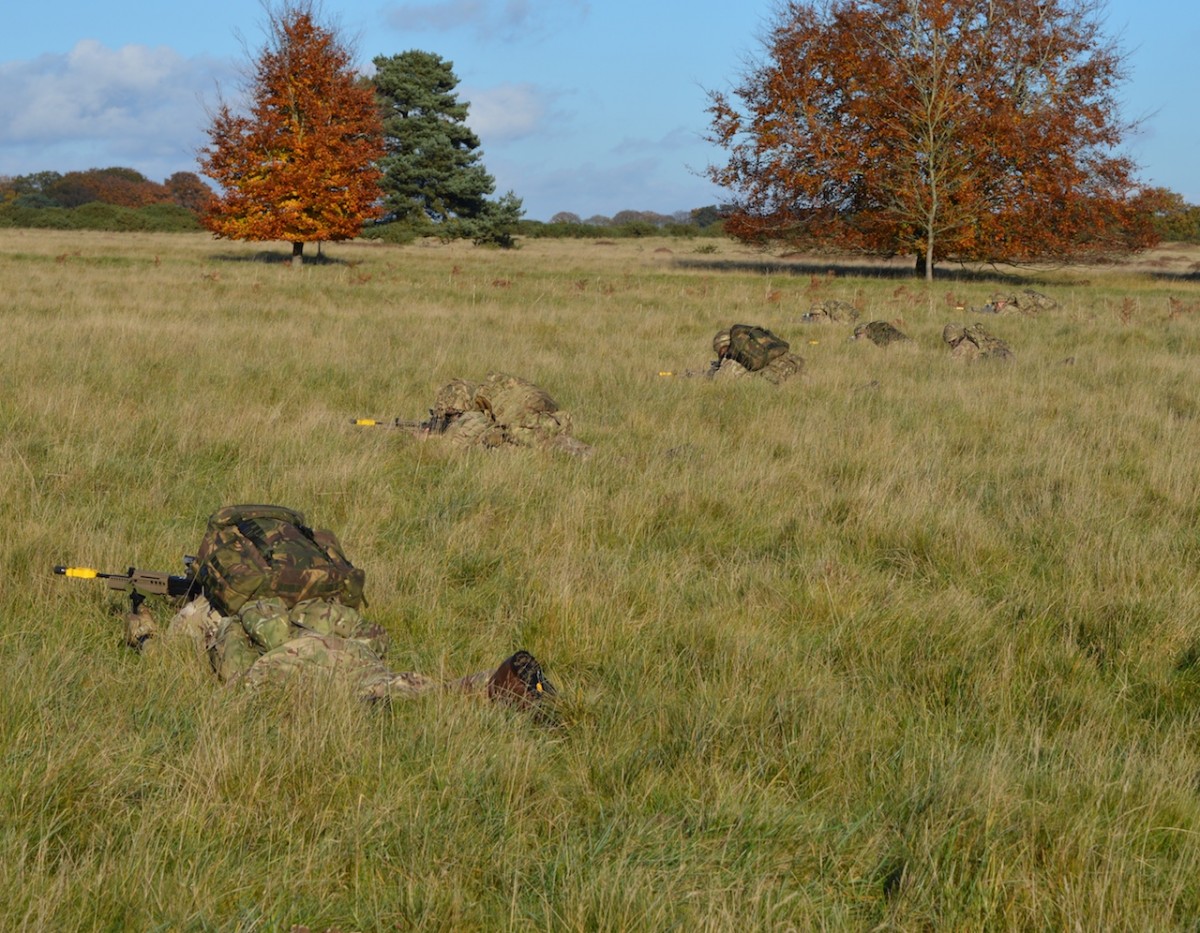 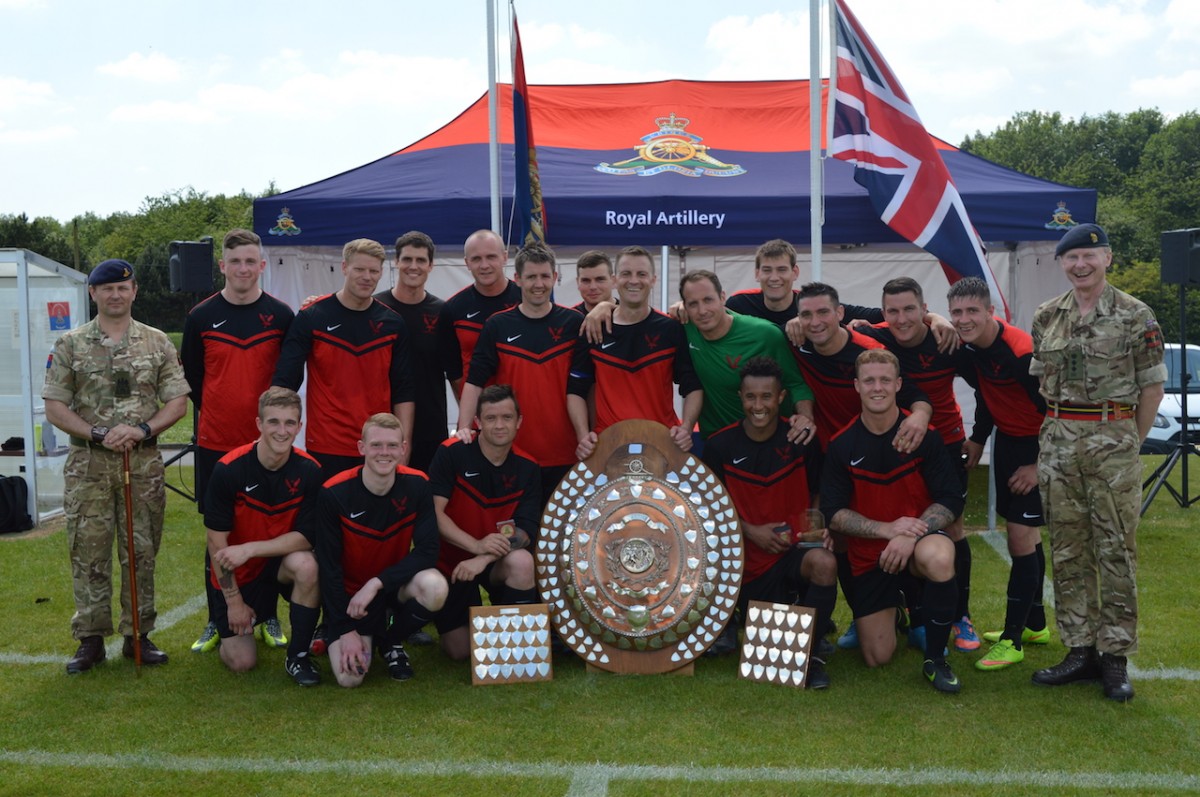 As well as deployments 42 AD Sp Bty RA have led with the A2020 rebasing and has delivered all new and re-modernised infra and has already begun to develop the A2020R infra changes.  The Bty’s Station commitment continues to develop and maintain the aging site for the betterment of soldiers and their families on Thorney Island.

Although the Bty is extremely busy the extracurricular activities have always been hugely important for maintaining moral, these included, Charity events (Thorney Endure, Cycling to BATUS, Great South Run); Battlefield Studies (Monte Casino – May 16 and the Rhine Crossings – May 18); AT (multi activity weeks, skiing, surfing, mountain biking, walking, coasteering) and educational days out (London, Portsmouth Dockyard, Churchill War Rooms). Sport has also been hugely important for the Bty, with the Football Team winning the Gunner Inter Bty Football Championships in 2017, the Bty producing the RA Heavy Weight Boxing Champion in 2017 and 2018, and numerous members of the Bty representing at various sports at Corps and Army level. 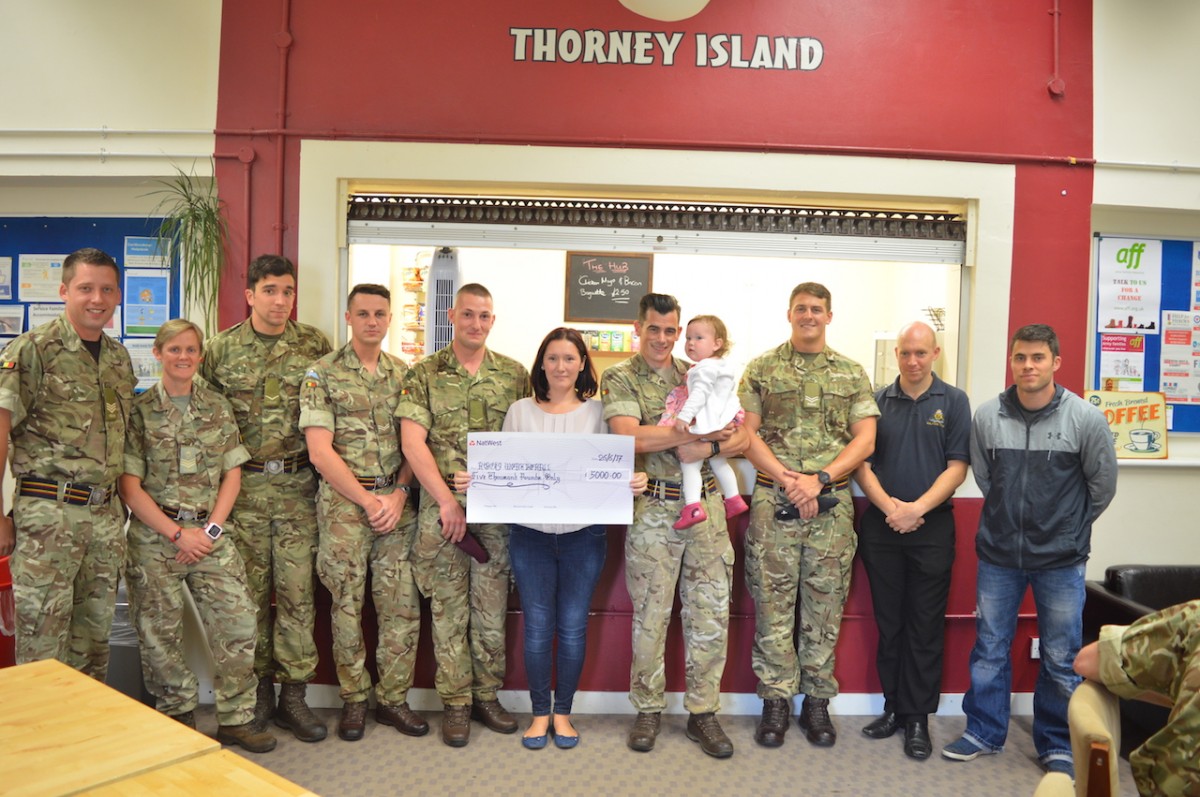 Raising money to support a fellow member of the Battery

21 Jun18 was the Bty’s Decentralisation Parade, this was a day filled with activities to mark the occasion of the Bty decentralising and being split between 12 and 16 Regts. The day commenced with a final rehearsal of the parade, which was actually the first rehearsal with the Pipes and Drums of 19thRegiment RA (The Scottish Gunners) who had only flown back from the Falkland Islands the day before; the rehearsal was a success and put everyone’s minds to rest before the actual parade later in the day.  A VIP lunch took place in the WOs’ and Sgts’ Mess for all the guests invited to attend the Parade, which was a great occasion to catch up with old members of the Bty and reminisce over the past 4 years.

The Parade took place at 1400 hrs with BSM Matthews leading the Bty onto the Parade Square. All the drill rehearsals had paid off and the Bty looked extremely smart and sharp as they marched out on parade. Col Giles Malec, Commander JtGBAD took on the role of inspecting Officer and inspected all those on parade before delivering a memorable speech to mark the end of 42 AD Sp Bty RA.

The evening saw a final all ranks function, which was executed to perfection by SSgt Mott and his team. A chance for the soldiers to relax and enjoy a delicious three course meal, DJ, caricaturist, photo booth and a final farewell speech from the CO congratulating them all on their commitment and dedication to the Bty.

42 AD Sp Bty RA decentralised on 2 Jul 18 with IOC on 1 Oct 18. It has been a busy 4 years for the Bty whilst fully committed to supporting 12RA, 16RA, 11X and FTC on Exercise, Operations and wider Station responsibilities it has preserved a strong ethos of hard work, professionalism, education and fun, coupled with considerable pride in all its achievments.