The Royal Artillery Museum has received a grant of £7,500 from The National Lottery Heritage Fund for a project, (WW1 Guns and their role in State funerals) at their museum in Larkhill Wiltshire.

Awarded through The National Lottery Heritage Fund’s First World War: then and now programme, the project will focus on the restoration of two First World War guns (an 18 pounder and 13 pounder) and will create a display telling the story of the destructive power of these guns during the First World War, and how they were subsequently used to bear the coffins of monarchs and dignitaries on solemn State and Ceremonial funeral occasions.  The display will be supported with media material, photos, news reels and information boards covering the timeline from historical events to present day.

The project will enable staff, volunteers and visitors to gain a better understanding of the employment of these guns during the First World War and their subsequent, and sharply contrasting, role in State and Ceremonial funeral occasions, as part of the First World War ‘then and now’ theme.  Through deeper research, information will be captured and displayed as an enduring feature for generations to come and for ongoing visitors to experience. Volunteers will be able to develop new skills and gain satisfaction from the outcomes of their donated time as they will be central to restoring these guns and to the development of the wider display. A broader range of people from all communities, civilian and military, will be able to engage, visit and learn more about their heritage through this project. 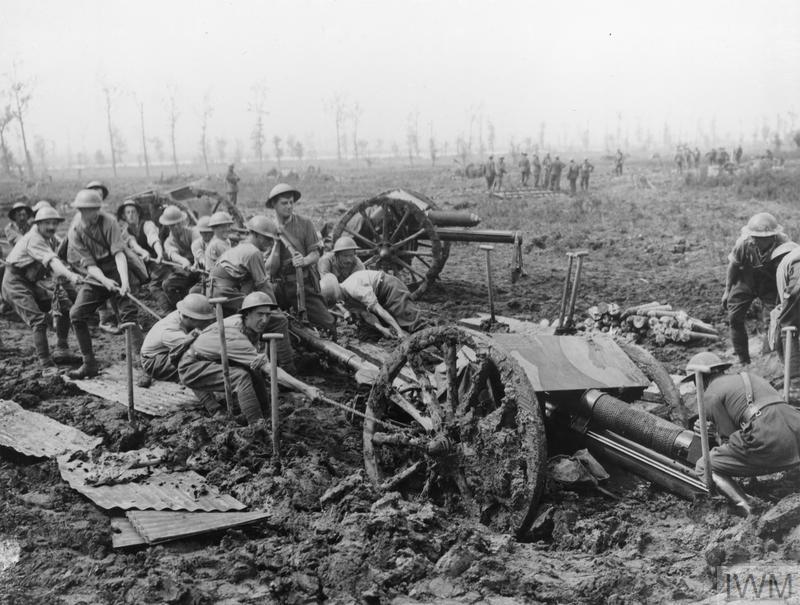 With help from professionals and through deeper research, the information gathered and displayed will be used as the starting point for further research for both the staff and visitors to undertake. This will deepen their understanding of two guns which were central to British military capability during the First World War, and which represented the first of a new generation of guns which could fire at unobserved (from the guns) targets. This led to a revolution in the way in which artillery was deployed and utilised.