The certificates, awarded to Pam and Dave Soley, Annette and David Griffiths and Bert Gatehouse, were presented during a recent military parade in Larkhill by the Branch’s affiliated regular army unit, 74 Battery (The Battle Axe Company) Royal Artillery.

Recipients Pam and Dave Soley, from Goring Heath, were recognised for running the Branch’s monthly raffle for the last 20-years; in the process sourcing countless prizes, organising numerous events, and raising many thousands of pounds for good causes. 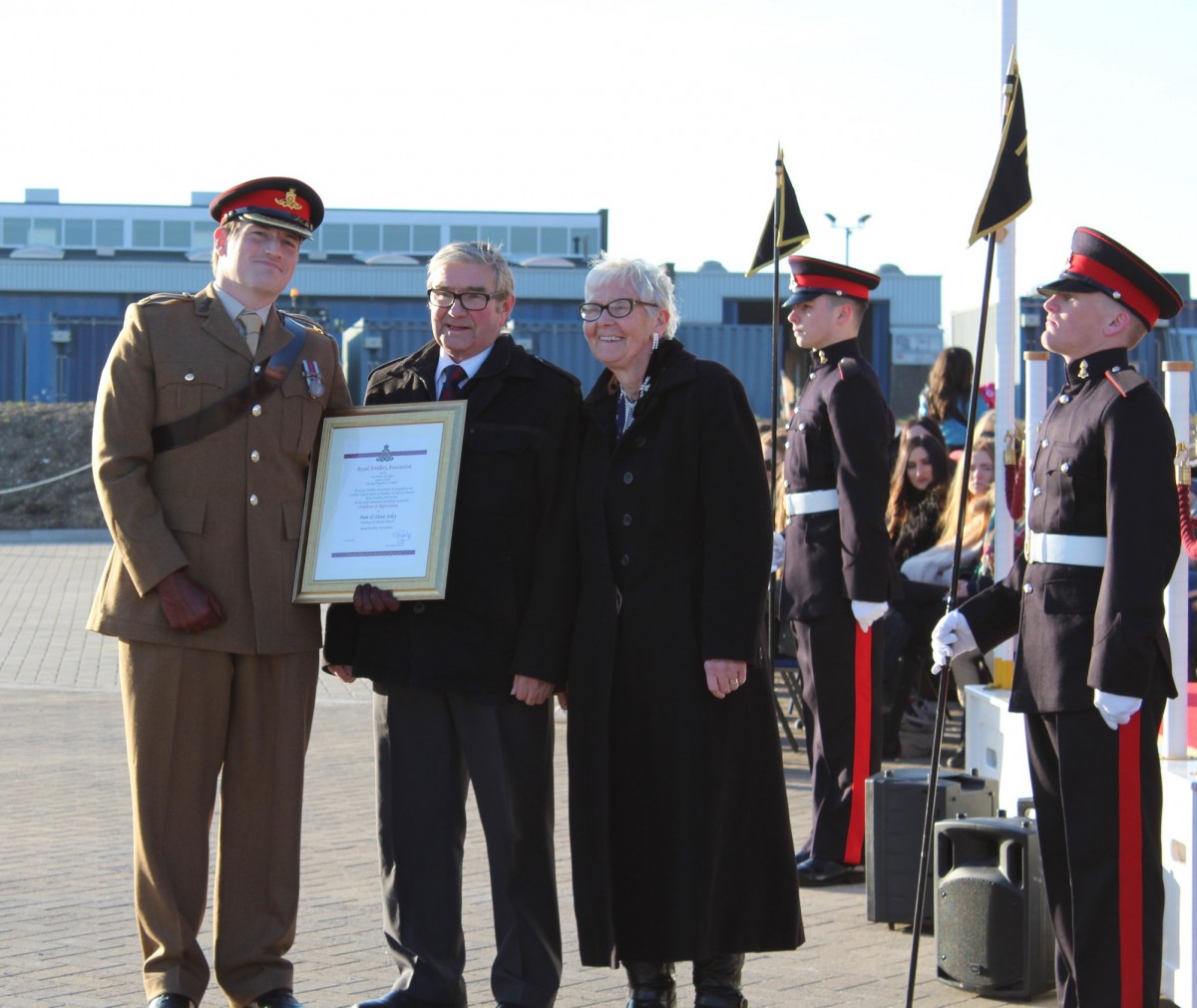 Newbury awarded David Griffiths’ time as Branch Treasurer which was equally noteworthy.  Taking over after a 1-year gap, David has brought a fresh eye, financial discipline, good practice and a range of new procedures to the management of the Branch Fund.  This was not easy, and a great deal of work was required.  Annette’s contribution during the same period was also considerable; be it taking notes, organising meetings, or standing-in as Treasurer during an AGM! 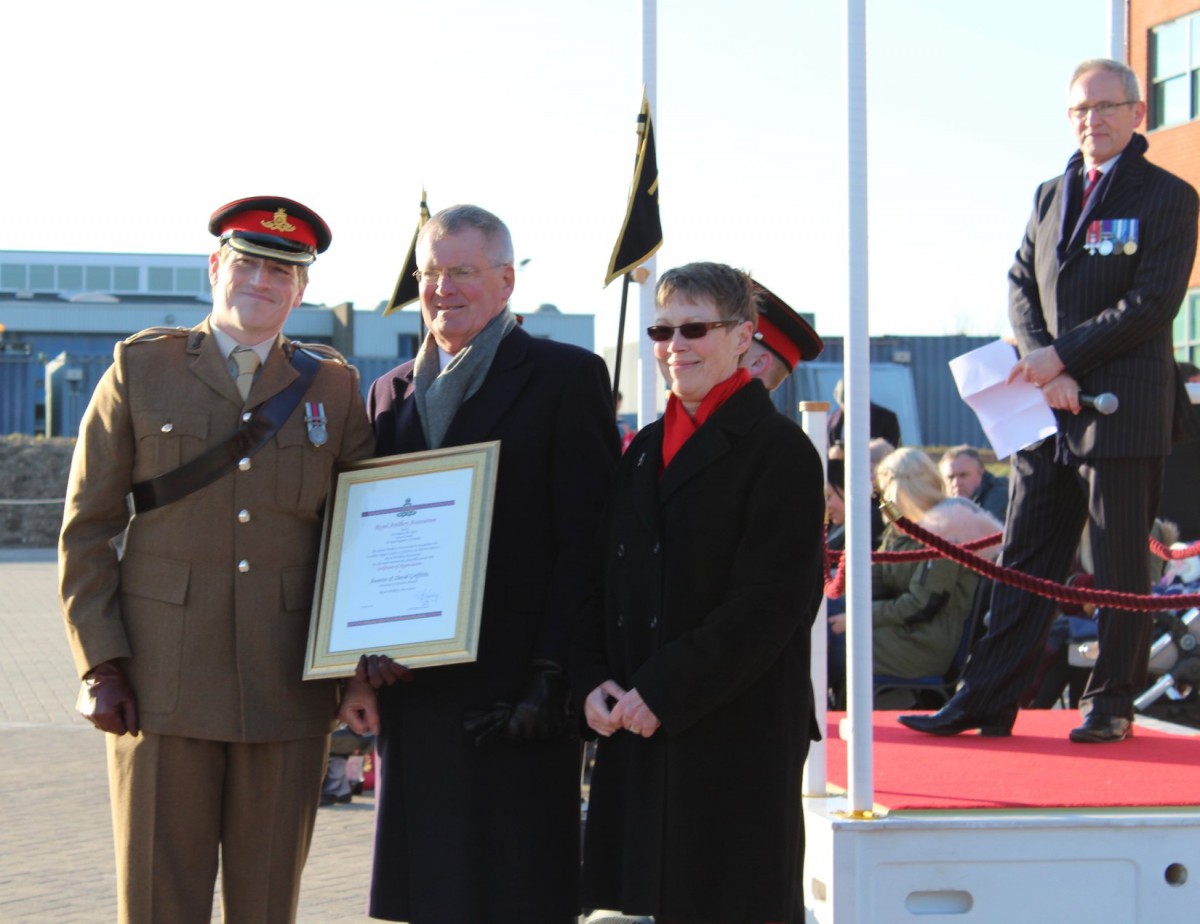 The last recipient, Bert Gatehouse from Basingstoke, has proven to be an outstanding Branch Standard Bearer; someone who typically puts the needs of others ahead of his own interests.  Compassionate and caring, his presence at countless local, regional and national events, and at veterans’ funerals, has acted as a physical symbol of the Gunner’s presence and identity in the area, and of members’ commitment to the Regimental family and to the broader military community.

All five recipients were surprised and humbled by their awards, and were particularly honoured to receive them from 74 Battery’s commander, Major Adrian Vipond, during a parade to commemorate the 109th anniversary of the capture of Martinique from the French in 1809.  Major Vipond said that “the Battery cherished its close relationship with its affiliated Royal Artillery Association branch, and was delighted to be able to help mark the award of the Certificates of Appreciation”.

The Newbury and District Branch of the Royal Artillery Association meets at 7.30pm on the first Wednesday of every month at the Royal British Legion, Pelican Lane, Newbury.  Potential members will be warmly welcomed.