“With the RA Charities, I am not on my own”

After a long, exhilarating Army career, Alan Izzard needed the help of The Royal Artillery Association (RAA) and its charitable fund (RACF), to get back on track. After a series of spinal injuries, Alan hit rock bottom until he got into archery at a Help for Heroes taster session. He got so far but he needed to get his own kit to really progress, and this wasn’t possible without the support of the RA Charitable Fund. Since then, his scores and confidence have soared, and he is set to represent his country again – at the Warrior Games in Florida later this year.

Alan joined the army in 1987 at the tender age of 16, following his Dad, Mum and elder sister into the armed forces. The Izzard family have more than four generations of military service all over the world. After serving for 13 years and doing tours in Yugoslavia, Bosnia and Iraq, Alan called time on his military career in 2000, as he wanted to spend more time with his family and his young children. 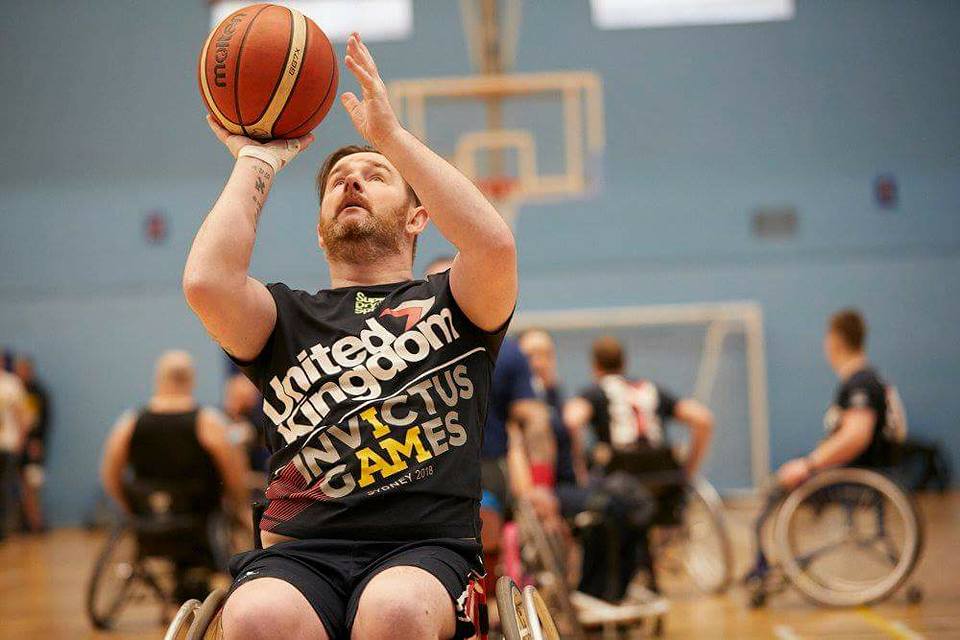 On leaving the army fit and healthy, he started work as a chemical delivery specialist for TDG European Chemicals, but this was short lived as only three years later, he suffered a mental health breakdown and was hospitalised on a psychiatric ward for six months.

“I can honestly say this was the start of the hardest time of my life and the darkest.I received help for combat stress and was diagnosed with complex PTSD with mixed anxiety and depressive disorder. Without the support of my family, I would not be here today. On several occasions, I have been on the edge of a precipice and the only thing that has brought me back have been images of my family.”

Over the next few years, Alan started to get the help he needed and support for his family. Then, more recently he experienced several issues with his spine, needing several surgeries. Life was a struggle, but with the aid of some great people and his family, and now using a wheelchair, Alan realised he needed a goal to work towards. That goal became the 2017 Invictus & Warrior Games 2018.

After completing a taster session with Help for Heroes in archery, wheelchair basketball, and other multi-sports, Alan got the boost he needed and did the trials for basketball and archery.

“Unfortunately, I didn’t make Team UK, although I did get shortlisted to the 120 who were selected for trials. I was gutted not to make the team, but I realised that there was a bigger picture. Archery was now part of my recovery and I had a new archery family.”

By this time, Alan had joined a local club and was shooting three times a week, but he needed to get his own equipment to really progress. It took Alan a while to get some assistance. He reached out to Help For Heroes and other organisations and didn’t hear back. 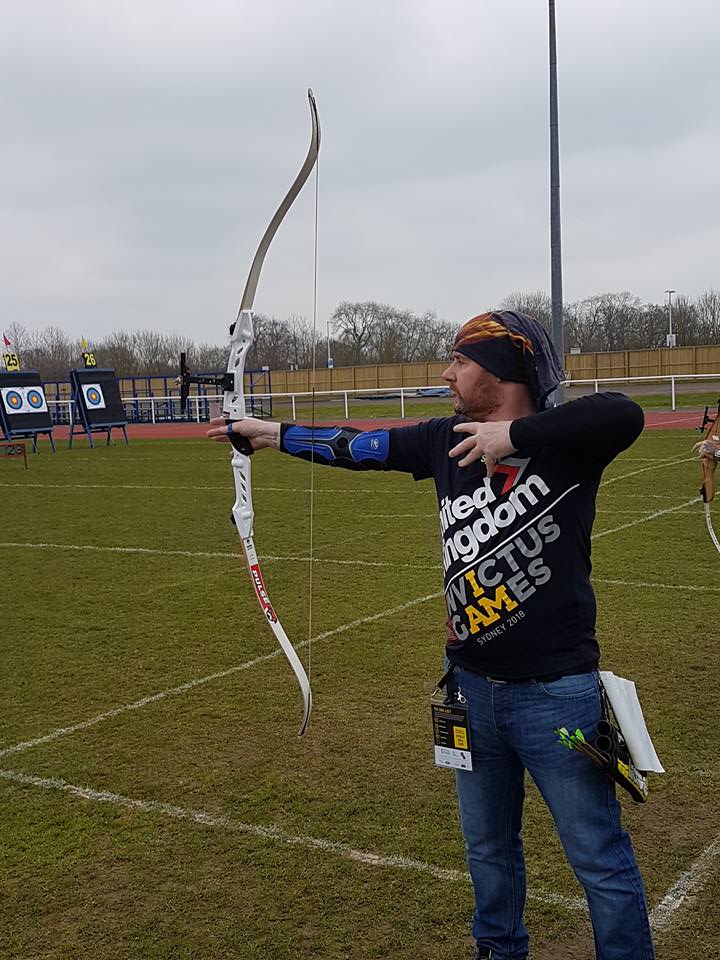 How the RA Charities helped

Then he remembered the RA Charitable Fund, applied and received a reply in just two days.

“It was so easy to apply and brilliant to get a response so quickly and to feel like I wasn’t being ignored. When you do something to help improve your health and mental wellbeing, it’s soul destroying if you put your hope in it and get nothing in return.“

Getting in touch with the RA Charities was a lifesaver for me. As well as the financial support from the RA Charitable Fund, I have had emotional support from The RA Association. After serving for 13 years, getting used to civvy street is really hard. You think it will be a doddle after what you have witnessed while serving, but you don’t realise you are going to miss your ‘unit’ family. I took that I would be able to handle it for granted but you never know what life is going to throw at you.

“Having a support network is vital to get through it. That is one of the reasons why I am so thankful to The RA Charities. I feel the team at the RA Charitable Fund had my back and that was a massive thing for me – to know that I wasn’t on my own and just discarded. It is vitally important to get that emotional and financial support.”

One week after his initial email to the RACF, Alan was in regular contact receiving information and discussing options. In a matter of weeks, Alan was collecting his new equipment and having training sessions with Archery GB coaches.

Since having his own equipment, his scores and confidence have soared. He has attended the National Indoor Championships and shot for the Army team in the tri-service championship.

Alan has just attended the Cheshire indoor championship and this year he has been selected to compete in the Warrior Games in Tampa, Florida.

“Getting support from the RACF has helped me want to have another crack at life, and I consider myself lucky to be able to represent my country again – that is a massive honour.”

Get in contactWe’re here to help you, so please reach out to us if you need some assistance. If you are serving, speak to your Army Welfare Officer and if on sick leave your PRU (Personnel Recovery Unit). You can also apply now through the website, email us at rarhq-racf-welfare-mailbox@mod.uk or ring us on 01980 634309.