Former Royal Artillery Gunner Shaun Johnson served almost 12 years before being discharged from the army with a crush injury halfway through an intended 22-year career. He served with 27 Field Regiment RA, The Kings Troop RHA and Garrison HQ, London District. Johnson is a veteran of ‘The Troubles’ in Northern Ireland, active tours of duty saw him deployed to West Belfast, HMP Maze and County Tyrone.

After struggling with the transition from the army, he developed severe mental health challenges and turned his hand to acting to help with his recovery. Over the last few years, Shaun has performed at Shakespeare's Globe, London's West End, The RSC Swan Theatre in Stratford-upon Avon and the USA. 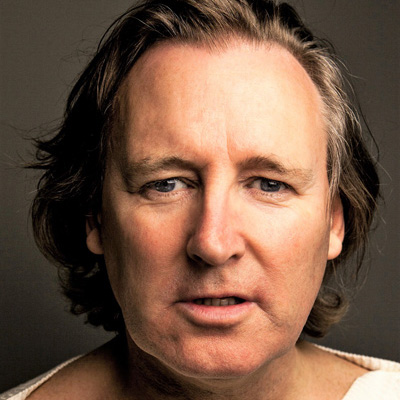 "I am delighted to be cast as 'Flaps' again. Soldier On is a brilliant piece of writing by Jonathan Lewis' and will have you laughing, crying, and jumping out of your seat. We will be running over the Centenary period of the Great War, and I am honoured to be carrying the flag on behalf of the Royal Regiment of Artillery."

A new play written and directed by Jonathan Lewis

Produced by Amanda Faber and The Soldiers' Arts Academy

This autumn, after a sell-out London season and national tour earlier this year, Jonathan Lewis' play, ‘Soldier On’, arrives for a five week run at The Other Palace Theatre to coincide with the 100th anniversary of the end of WW1.

The play is inspired by true stories which Lewis, author of the multi-award-winning West End hit ‘Our Boys’, work-shopped with British servicemen and women and their families over five years.   A passionate cast, many of them army veterans,  bring their own experiences to life through a mix of storytelling, music, dance and mixed media that is hard-hitting, poignant and close to their own hearts. 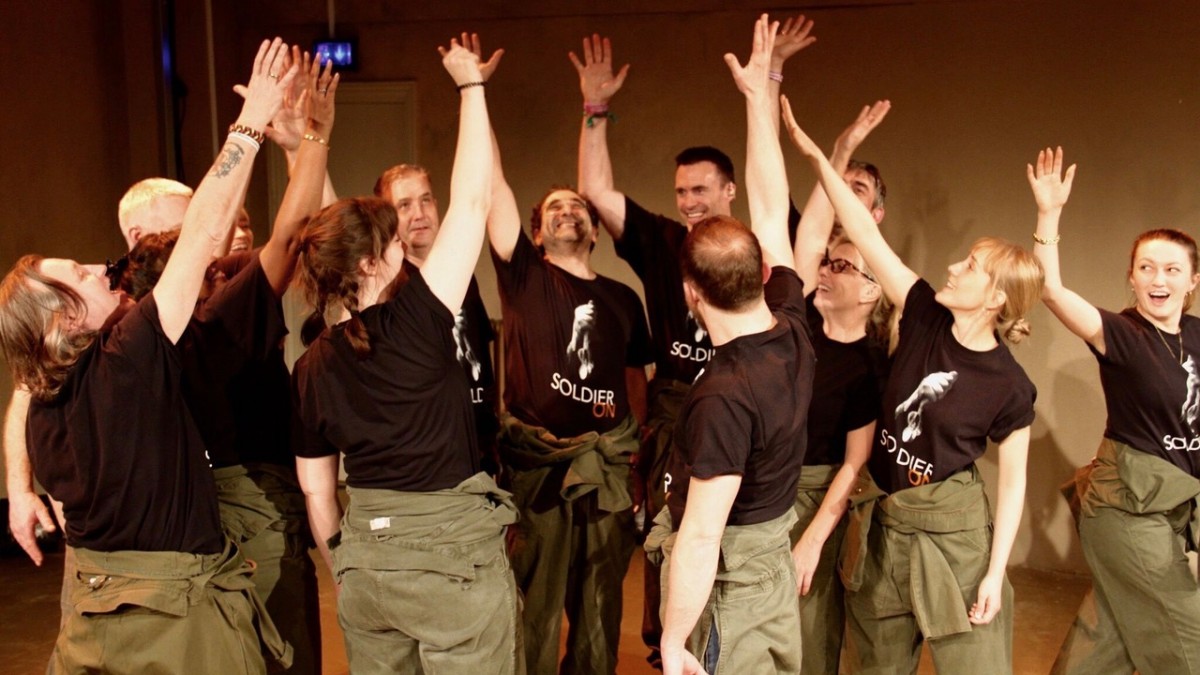 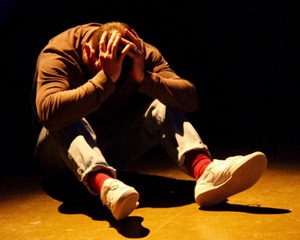 With a cast of 16 including injured veterans, the show explores what really happens when military personnel leave the army - through the journey of a group of soldiers who take up acting to help them recover from PTSD.

It's their words that do the talking in what one veteran, filmmaker Neil Davies, has named” The Full Military Monty”.

“Soldier On is dedicated to all those who come home after war, but don’t really come back,” Lewis said. “And to all their loved ones and friends who know what it’s like to live with the thousand yard stare.”

“Lewis’ script…packs humour, clarity and emotional punch. Effectively, the audience are parachuted behind enemy the lines into a group of post-traumatic stress survivors who’ve been dared, coerced or cajoled into working through their issues live on stage” - Evening Standard (*****)

With humour, warmth and searing honesty, ‘Soldier On’  lays bare both the shocking and sometimes heart-warming truths about the impact of PTSD - and the very real and often disturbing facts of life faced by some 60,000 veterans in  Britain in 2018.

Writer and director Jonathan Lewis was an Army Scholar who was invalided out of the forces in 1986.   He went on to drama school and subsequently played Sgt Chris McCleod in two series of ITV’s Soldier, Soldier in the 1990s.  Lewis’ multi-award winning hit first play ‘Our Boys” was revived in the West End in 2012 and has just completed an award-winning run at the 2018 Edinburgh Fringe.

Jonathan Lewis said: “This November we will be remembering the end of The Great War a hundred years ago, and there will be many poignant and moving tributes to the fallen,” he said. “It should then be time to focus on those who returned.”

‘Soldier On’ is produced by Amanda Faber and the Soldiers’ Arts Academy, a platform through which serving and ex-serving military personal can participate in the creative and performing arts, using their skills and experiences to engage audiences. It is written and directed by Jonathan Lewis and this London run is produced in association with Jess Andrews.

Faber says, "The Soldiers’ Arts Academy provides a platform for serving and veteran military personnel to recover, retrain and to access new work. It is the first time that a production of this kind has had a run of this length and it is a huge step forward in the groundswell of support and nurturing of significant new artistic talent from those leaving the Armed forces to look for new work outside the military family.”

The Soldiers’ Arts Academy is planning to deliver insight workshops into the arts throughout the run. Workshops for corporates, schools and colleges are also available on request. Please contact Soldieronplay@gmail.com

Veterans, serving personnel and emergency services can receive a £10 discount on all tickets using ‘SOLDIERONFAM’.

A new play written and directed by Jonathan Lewis

Produced by Amanda Faber and The Soldiers' Arts Academy