Following some friendly and productive discussions between Brigadier General Rocco Viglietta, President of the Italian Artillery Association and Lt Col Ian Vere Nicoll, Regimental Secretary, an agreement has been reached to sign a joint ‘Memorandum of Understanding’ between the two artillery associations.

While this was being arranged Major General Jean-Pierre Mayer, President of the French Artillery Association, subsequently also approached to have an MOU with the RA Association. 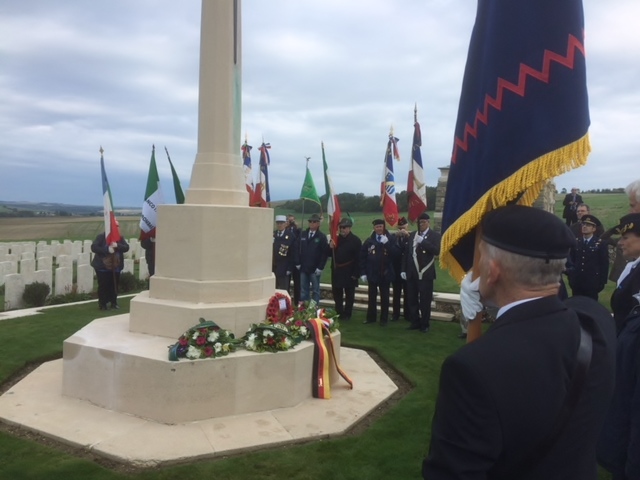 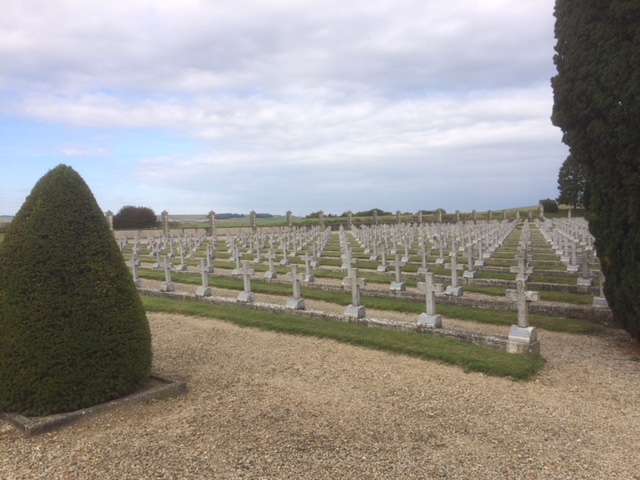 The Italians travelled to Rheims to visit their main World War 1 grave site in France and so the opportunity arose for a joint signing ceremony.  A number of German gunners also joined the ceremonies.

Major General David Cullen, Chairman of the RA Association, Lt Col Ian Vere Nicoll, Capt Allan Solly, Association Secretary, and Mr Phil Garbutt, Salisbury and District Standard Bearer drove to France to partake in the ceremonies. At Bligny, near Rheim, there are French and Germany war graves in neighbouring cemeteries with both Italian and British cemeteries nearby.  Wreaths were laid at all the four countries monuments. 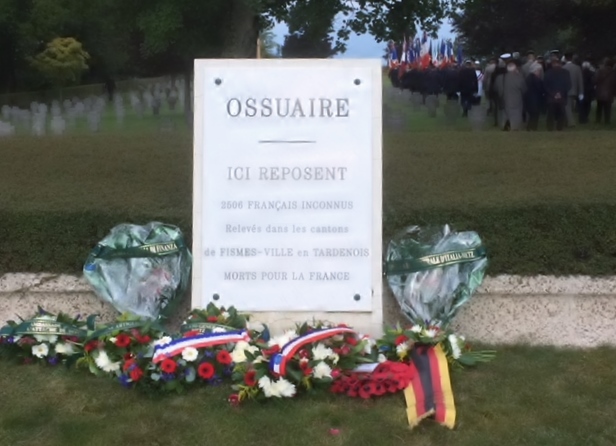 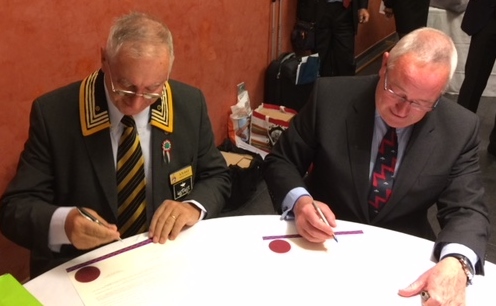 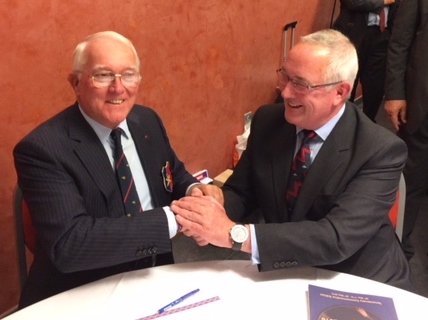 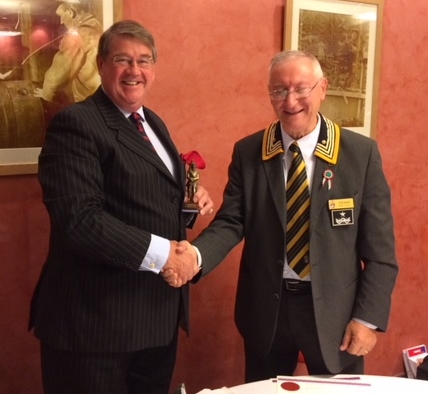 Afterwards the ‘Memorandums of Understanding’ were signed and celebrated over a dinner in Rheims. It was a great occasion and the Association would like to extend special thanks to all that made the trip to join our Associations and extend the Regimental Family.

For more pictures take a look in our Gallery.  There is also a link to the French Artillery Association and an article from the weekend.