Saturday 22nd April 2017 saw an important date in the history of Royal Artillery Association Leeds Branch. This was the retirement parade for our old circa 1947 RAA standard and the presentation, blessing, and first outing for a brand new Standard. 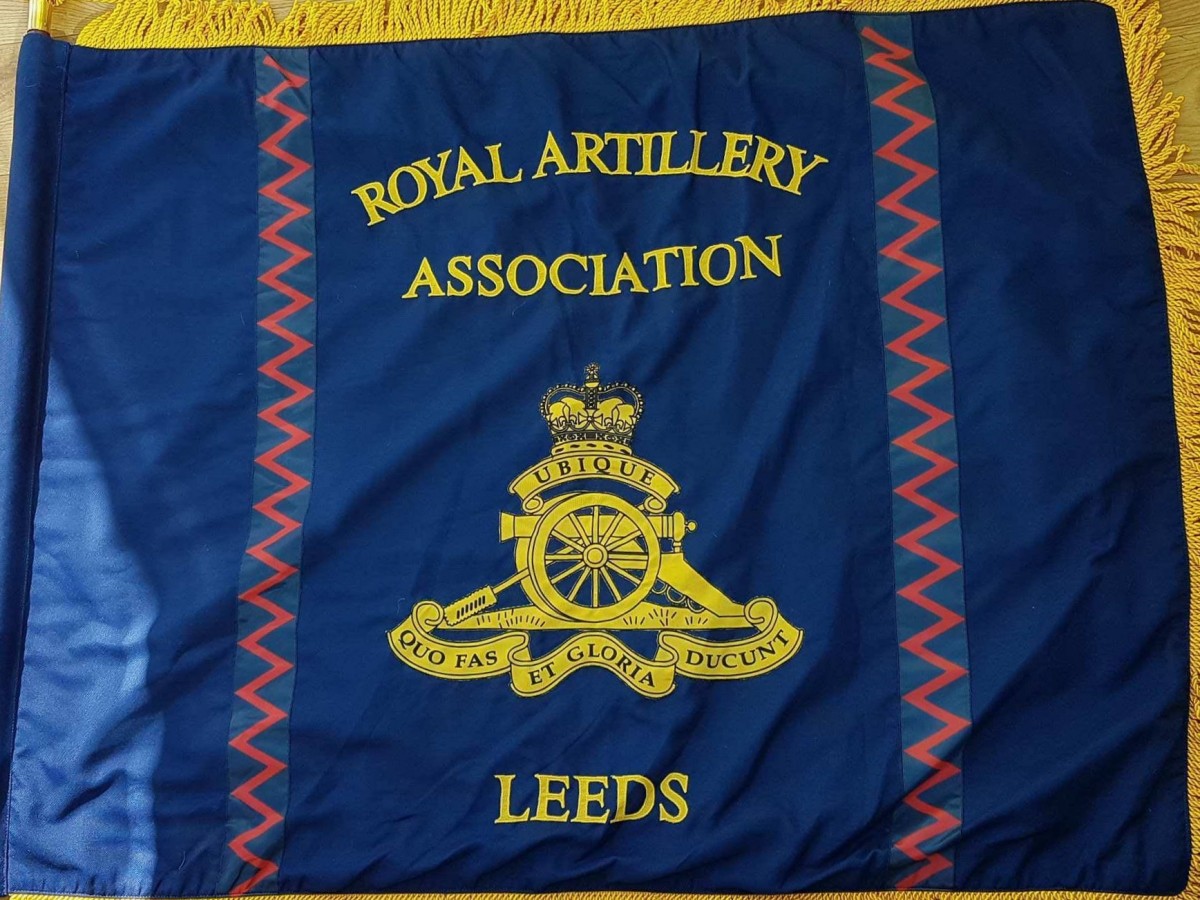 The history of the RAA Leeds standard dates back to 1947, upon the creation of 269 Regiment RA reverting to Territorial service following the Second World War. Originally the 'Branch' was based upon Fenton Street Barracks, and holds the embroidery Fenton Street. The barracks were demolished in 1968 as part of the City's redevelopment. There are now only three reminders of the barracks. One is the Pub called the 'Fenton' , Second is a German WW1 vintage Krupp 75mm Gun on display at Carlton Barracks - known as the Fenton Street Gun, and our retired Standard . It is an artefact in its own right; we hope to find it an honourable home at Carlton Barracks in the future.

We were delighted to be able to attach ourselves to a pre-existing long term function held at Yarnbury RFC in Leeds where Yarnbury host our friends and colleagues ‘Blues and Royals' RFC; themselves a veteran's organisation. Suffice to say not only were we made hugely welcome, the B+R's asked if they could join in with the parade as opposed to watching it.

A number of RAA and RBL branches attended with their standards, mustering 10 altogether, some having driven many miles to attend. We were also happy to receive Colonel Alan Roberts RA - West Yorkshire Deputy Lord Lieutenant and Honorary Colonel Commandant of the RA, as our saluting officer and Queens' representative. Also in attendance was the MP for Pudsey, Horsforth and Aireborough, Mr Stuart Andrew who is to be an honorary member of the RAA. His ongoing of the regiment and our branch are very much appreciated. 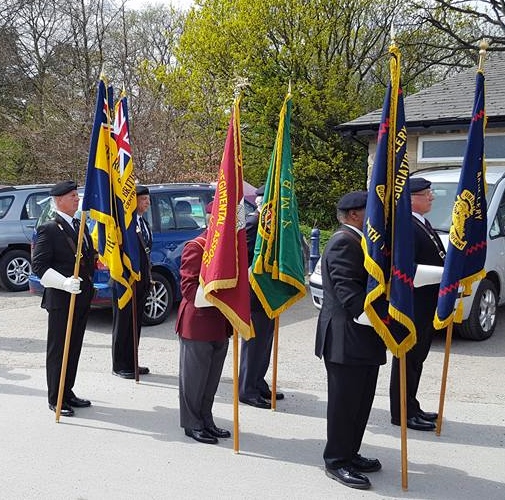 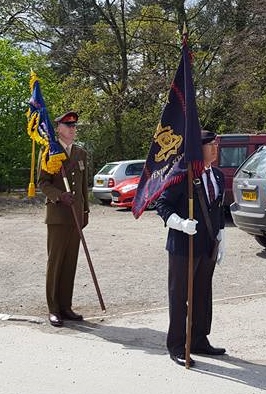 It was a good turn out and our luck held with the weather. Personally, it was also great to meet Mr Allan Solly from RAA Headquarters in Larkhill and am pleased to know he served in 45 Regiment RA, which was of course the Yorkshire Artillery. The event went well and was marvellously supported by the City Of Leeds Sea Cadets, Royal Artillery Cadets and the magnificent North East cadet pipes and drum band. The solo Bugler was the well-known charity fund raiser Bobby Crick. 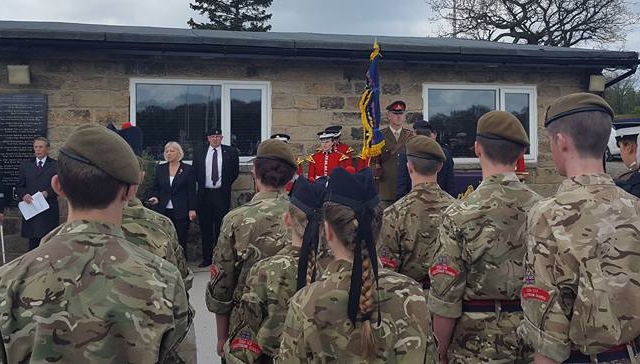 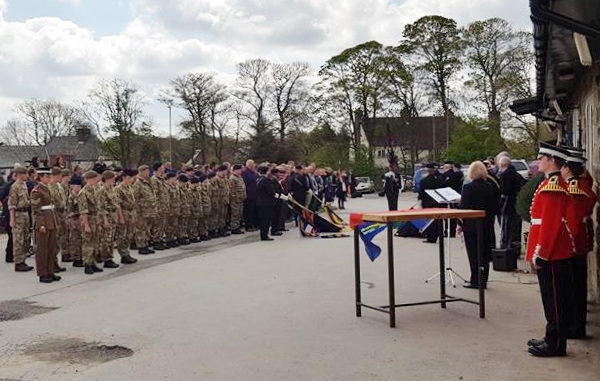 Additional to this was the presence of a vintage 25 pounder field gun of the 'Garrison' historical re-enactment group. The parade was marshalled by John Huck of Horsforth RBL; the service was conducted by Mrs Lynda Gomersall, a local Family Celebrant. Both John and Lynda figured very strongly in our event and we could not have achieved it without their unstinting support. We are indeed very lucky.

It was a great and most welcome surprise that the Blues & Royals were prepared and enthusiastic in joining our parade and making the whole thing very inclusive. The branch has been invited to go along again next year and join in a great afternoon's social events. It would appear I may have to get fit again and accept a challenge to play a bit of Rugby - oh dear!

Yarnbury RFC has a wall of honour inscribed with the names of members who went away the World Wars and did not return. They have a pre-remembrance day parade on the Saturday before National remembrance. The RAA supported this parade last year and will most certainly do so again this year.

It was a great day for us, highly enjoyable and not at all bad on a budget of £50.