It’s been a while since the idea of a career for life was really an option. For many people, it’s no longer the case that you start a job when you are young and continue to do that until you retire. According to a study carried out by AAT, an average worker in the UK has moved far from the ‘job-for-life’ attitude favoured by previous generations. The study showed, in fact, an average worker experiences six different job roles throughout their working life. 46% of participants admitting to quitting a job and retraining completely after deciding a particular career or sector wasn’t for them.

So, is this the case for the Army? And what happens if you are injured, medically discharged and have to retrain or if you just want to move on?

Private Ajay Chettri became a Gunner when he was 29 in 2013. After doing his initial training, he worked as a clerk in the Unit HR of the Adjutant General's Corps (AGC) and was then posted to the parachute regiment. After receiving a medical discharge from the parachute regiment in 2018, Ajay decided what his next steps would be once he had left the army.

Always interested in IT, he decided to make this his next career, but to get up to speed, he needed to go on several training courses. At this point, Ajay had spent any savings he had on the actual training courses, which lasted for several weeks and were all over the country and far from his regimental base. He found himself in a situation where he could cover the training costs but couldn’t afford the travel and hotel costs that were needed for him to attend the courses. At a loss as to what to do next, Ajay spoke to his welfare officer who applied for some funding through the AGC, and also The Royal Artillery Charities with its charitable fund, the RACF. 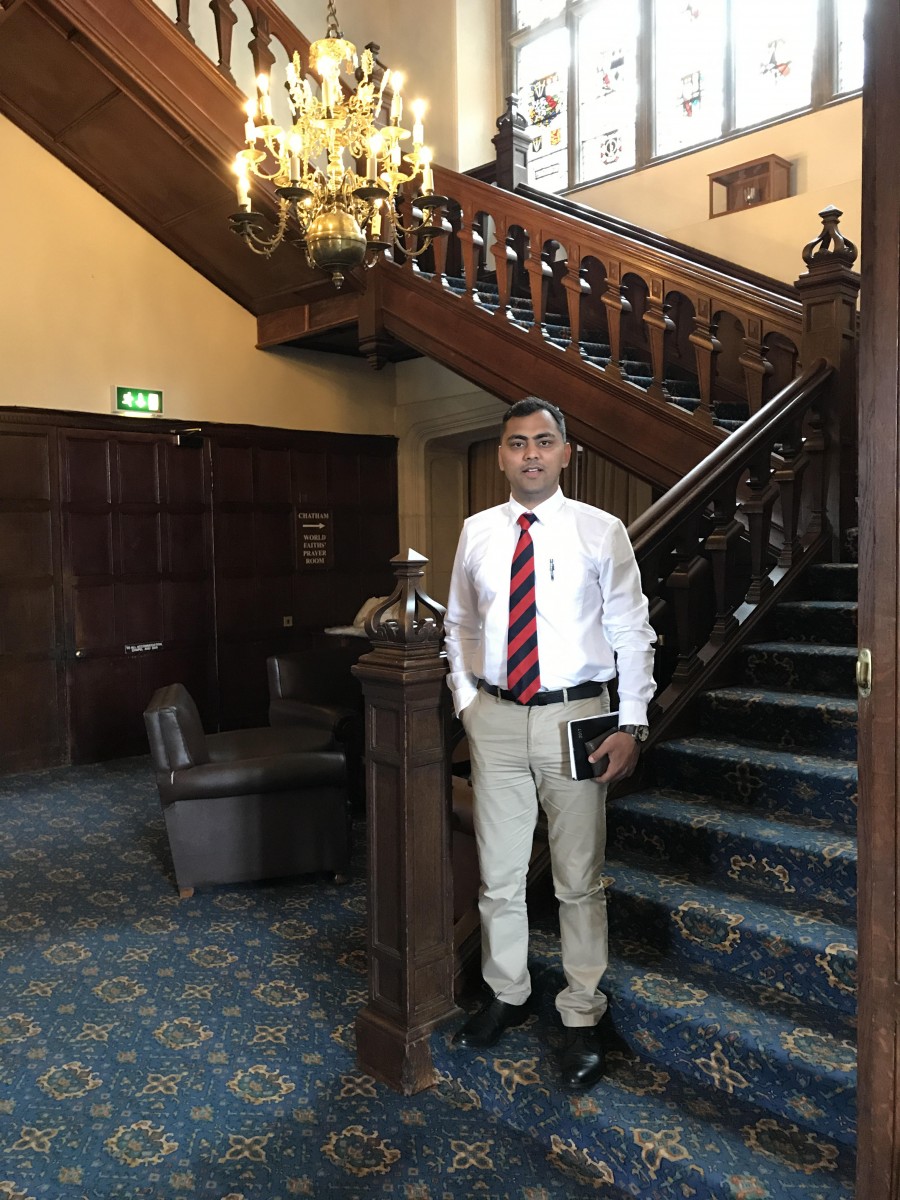 Ajay says: “I just didn’t know what to do. I was so close to being able to achieve the next steps in my career but couldn’t see how I could manage the living out of a suitcase, while being on the training courses. I was beginning to feel really desperate and then my welfare officer suggested the funding – which I hadn’t even considered. It was so easy to apply and took no time at all from start to finish. I heard back really quickly that my hotel and subsidence costs would be covered. They say being in the army makes you. I am now a qualified GDPR officer and provide consultancy - and I wouldn’t have been able to do it without the support of my welfare officer and the RACF.”

Ajay is currently working as a consultant for the National Education Union and is loving his new role, which uses his new learning and experience in Amazon web services and Cyber Security.

He adds: “When I was in the army, I was looking out for people. Now with my cyber security hat on, I feel like I’m putting those skills in place in another dimension.”

“There is still a misconception about what the RACF can provide assistance with. Retraining and skills development is something with which we can definitely help. If you are serving, speak to your welfare officer who can deal directly with us, or if you are a former Gunner, apply directly online, or ring us on 01980 634309 and see how we can help.”

Find us on Facebook and Twitter to connect online with other Gunners around the globe. Tell us your stories about your new careers and let us know how The RA has helped you.